Planet Earth and the Victorious Kingdom of God 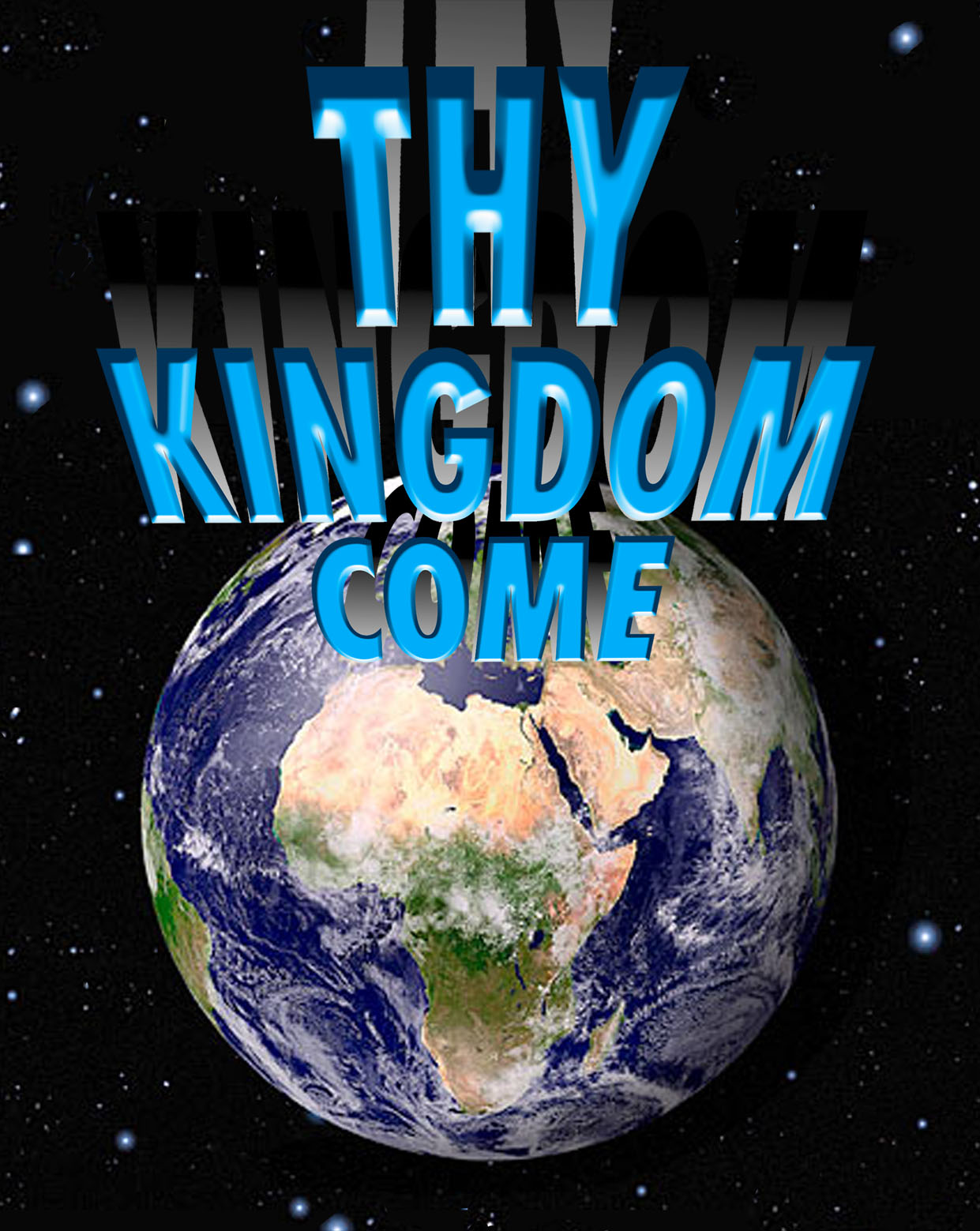 “My kingdom is not of this world” doesn’t mean what most think it means.

Jesus Christ is already victorious – is working by the Holy Spirit to spread His Kingdom throughout the world.

As the Holy Scriptures reveal the kingdom of God, by far the most misunderstood and misinterpreted verse is John 18:36, where Jesus responding to Pilate, said, “My kingdom is not of this world.”

Here’s the context of the verse:

33 Then Pilate entered into the judgment hall again, and called Jesus, and said unto him, Art thou the King of the Jews? 34 Jesus answered him, Sayest thou this thing of thyself, or did others tell it thee of me? 35 Pilate answered, Am I a Jew? Thine own nation and the chief priests have delivered thee unto me: what hast thou done? 36 Jesus answered, My kingdom is not of this world: if my kingdom were of this world, then would my servants fight, that I should not be delivered to the Jews: but now is my kingdom not from hence.

There are a couple of things that need to be understood in these verses. The first is this: Jesus was saying His kingdom had no source in this world. Or to put it another way, it wasn’t derived from this world. He and His followers had no interest in taking over the world kingdoms.

The word for of (ἐκ in the Greek) in verse 36, means ‘out from among’ or ‘from out.’ It’s points to the origin of Christ’s kingdom not being from the world. It also suggests the authority of His kingdom had no basis in this world. His authority came from God the Father.

Jesus was saying that His kingdom had not only no origin in the world, but had no connection to it in any way. Jesus and His followers of that time had no interest in fighting for that world, He had come to replace it with His kingdom; a kingdom that will ultimately fill the earth and be the dominant influence and force.

This is confirmed in numerous Scriptures, including Psalm 24:1; 1 Corinthians 10:26, where it is stated that “the earth is the Lord’s and the fullness thereof.” Other places it says He is Lord of heaven and earth, or that all things in heaven and earth will be brought together in Christ.

Ephesians 1:10 says, “That in the dispensation of the fulness of times he might gather together in one all things in Christ, both which are in heaven, and which are on earth; even in him.”

It’s why Jesus told us to pray for His kingdom come and will be done on earth as it is in heaven. He is more than ready to work with us to that end. It will happen in this age.

Parables of the growth of the Kingdom

There are a number of places where Jesus taught of the growth of the kingdom. Here are a couple from Matthew 13:31-33:

31 Another parable put he forth unto them, saying, The kingdom of heaven is like to a grain of mustard seed, which a man took, and sowed in his field:

32 Which indeed is the least of all seeds: but when it is grown, it is the greatest among herbs, and becometh a tree, so that the birds of the air come and lodge in the branches thereof.

33 Another parable spake he unto them; The kingdom of heaven is like unto leaven, which a woman took, and hid in three measures of meal, till the whole was leavened.

Both of these speak of the expansive growth of Jesus’ kingdom during this age. By His own words He states that it’ll become the greatest of herbs, or the largest kingdom in the world. It will practically be the greatest kingdom in the world. By it’s nature it’s already the greatest because the seed and leaven are Christ Himself, which are planted in people and grows individually and corporately through time to become the dominant nation on planet earth. It will be embedded in all nations, showing and teaching the commands and ways of God to them. His kingdom will permeate the world with the very image of God. His kingdom will influence and guide all areas of life.

I’ve written in the past about the misunderstanding associated with 2 Corinthians 4:4, where Satan is called the “god of this world.” Most people think it means he’s in control of the planet and will continue to be until the return of Jesus Christ at the time of the resurrection.

The ignorance concerning the verse comes from not knowing what the word for “world” here means. In the Greek it’s a reference to this age, not the planet. Not only that, it’s also not talking about time, “but rather a season marked by spiritual or moral characteristics.”

The force attached to the word is not so much that of the actual length of a period, but that of a period marked by spiritual or moral characteristics.

It refers to all that floating mass of thoughts, opinions, maxims, speculations, hopes, impulses, aims, aspirations at any time in the current world.

To break that down, what it means is there are specific influences behind what is happening on the earth, and that results in specific characteristics being predominant at any one time. If people are rejecting Jesus Christ and His commands, it takes on the image of Satan, and the earth, in those regions, become a reflection of his evil. When people walk in obedience to the commands and laws of Jesus Christ, the planet takes on His characteristics.

In the end, over time the image of God revealed in Jesus Christ enlarges and grows in His people, and that results in His kingdom becoming the largest in the world, and becoming most important and influential on a practical level. It’s already that in heaven, it’s just a matter of it coming to earth and being expressed for all to participate in and see.

So when it talks about Satan being the god of this world, Paul was simply stating that he, for the time being, was having more influence than God’s people were. But even John stated back then that darkness was already passing and the light starting to grow.

Again, a new commandment I write unto you, which thing is true in him and in you: because the darkness is past, and the true light now shineth.

The word past above means ‘is passing away.’ Again, almost 2,000 years ago John announced the darkness was already passing away and the true light was now shining. That will continue on as the light overcomes the darkness in this world over time.

17 And the world passeth away, and the lust thereof: but he that doeth the will of God abideth for ever.

Once again, it has to be understood that this is not talking about the earth, but the world as described in verse 16. John didn’t suddenly change the topic, what he was saying was that what the world is during this age is already passing away, and will continue to do so. This is a great promise of the kingdom of God asserting itself and Jesus Christ practically implementing, through His people, a victory He already has personally won.

I mention all of them to support the obvious implications that the enemies of Jesus Christ will become a footstool for His feet. He will sit at the right hand of the Father, exercising His authority until He achieves His purpose on the earth in this age.

Satan is indeed the god of this age when taking into account the age is a reference to his influence of the darkness of his evil upon the world, but as John states, that darkness is passing as the light of Christ shines in the world and continues to overcome the darkness.

This is the new creation civilization that will grow and expand, to the point of filling all the earth before the return of Jesus Christ. All Christians have a part to play in this, with the foundation of walking in obedience to the moral commands and laws of God as revealed in the Bible, applying to everything we do.