New Jerusalem: The Pattern for the Nations to Live by 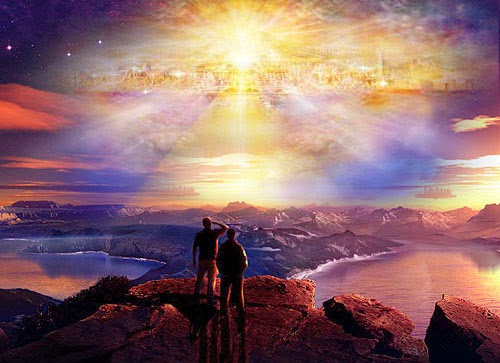 And the nations of them which are saved shall walk in the light of it: and the kings of the earth do bring their glory and honour into it.

The nations are expected to walk in the light of the revelation of New Jerusalem coming down out of heaven, as evidenced by the scripture above, and a number other scriptures as well.

For example, it’s a direct answer to the part of the Lord’s prayer when He taught us to pray: “thy kingdom come thy will be done on earth as it is in heaven.”

It also coincides with what we call the great commission, where Jesus taught us to teach the nations His commandments in order that they may walk in obedience to them.

The point is, healthy nations will walk in the light of the city of God. This happens largely from the leaves of the trees of the Tree of Life bringing healing or health to the nations.

Jesus clearly stated that He was the vine and we are the branches; we are the leaves of the vining Tree of Life that was and is Jesus Christ.

Key element in the city

Here are scriptures affirming that:

And before the throne there was a sea of glass like unto crystal: and in the midst of the throne, and round about the throne, were four beasts full of eyes before and behind.

This is a very elementary introduction into the subject, but Christians must understand that New Jerusalem is the pattern city that we are to learn from and embrace as the purpose of God for the earth.

While there will eventually be a fulfillment of the purpose of the city in the end, until that day, we are to grow in alignment with the light of that city, which is the personification of Jesus Christ is His people throughout this age, as we move closer to the completion of His purpose for this age, and eventually the age to come.

The first thing to learn is that this city is a pattern we are to learn from for how to live corporately and individually on the earth, and more important, that all of it is held together by the Lamb that is in the midst or center of the throne. That’s the starting point to understanding the vision of God for His people.

As Hebrews 11:10 says concerning Abraham, “he looked for a city which hath foundations, whose builder and maker is God.” This is the city he was looking for. It is meant to come down to earth in this age. This is the city God has prepared for us, and which we are to participate in on earth, and ultimately, heaven.

Paul added in Galatians 4:26: “But Jerusalem which is above is free, which is the mother of us all.”

Finally, in Hebrews 12:22 it reveals this to us about the city being now: “But ye are come unto mount Sion, and unto the city of the living God, the heavenly Jerusalem, and to an innumerable company of angels,…”

The early church has already come to the heavenly Jerusalem, and we too are blessed now to do the same in this age, as well as eternity.

This is the pattern the nations will to walk in obedience to the purpose of God will live by. 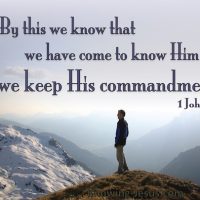 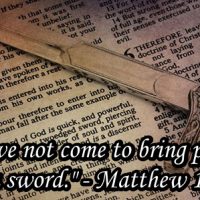 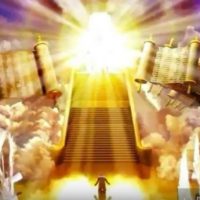