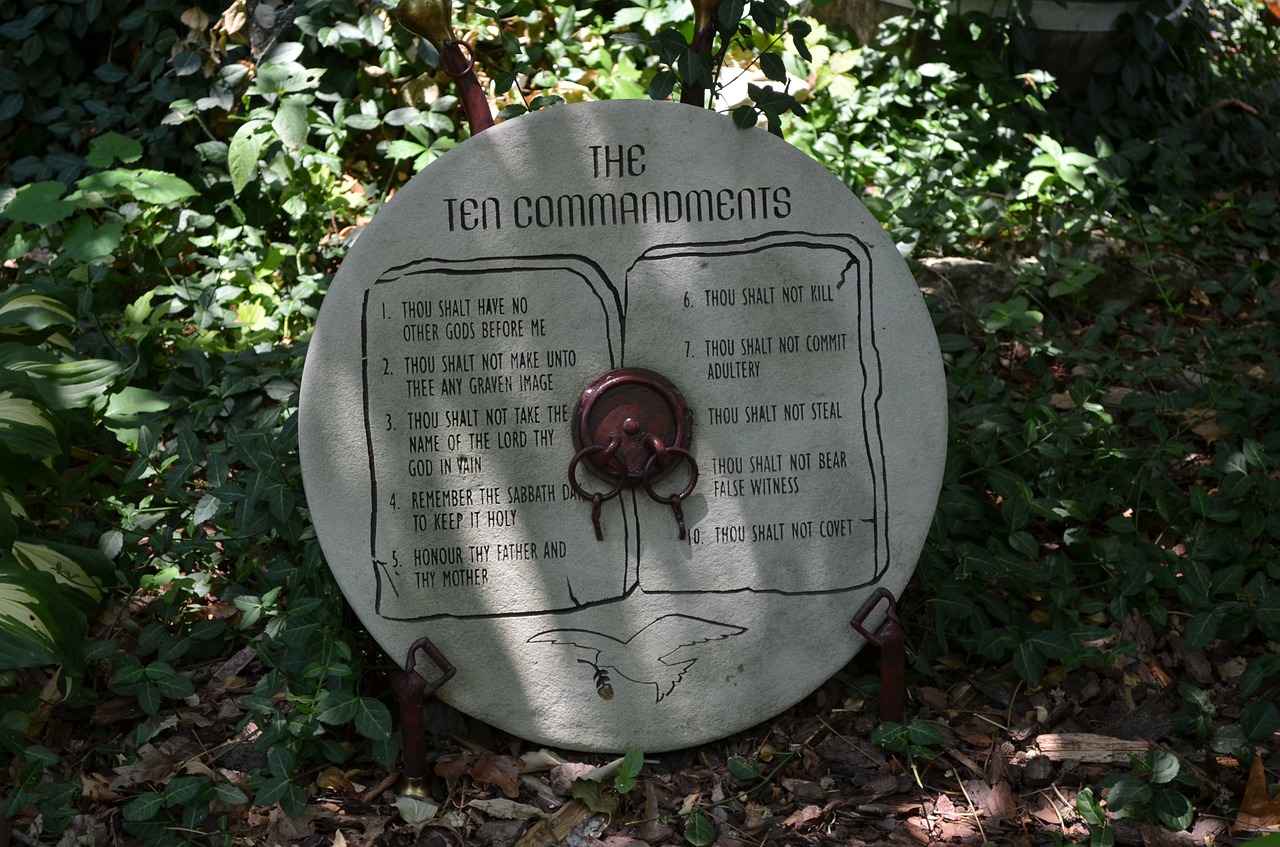 1) Paul, a servant of Jesus Christ, called to be an apostle, separated unto the gospel of God,

2) (Which he had promised afore by his prophets in the holy scriptures,)

3) Concerning his Son Jesus Christ our Lord, which was made of the seed of David according to the flesh;

4) And declared to be the Son of God with power, according to the spirit of holiness, by the resurrection from the dead:

5) By whom we have received grace and apostleship, for obedience to the faith among all nations, for his name:

16) Then the eleven disciples went away into Galilee, into a mountain where Jesus had appointed them.

17) And when they saw him, they worshipped him: but some doubted.

18) And Jesus came and spake unto them, saying, All power is given unto me in heaven and in earth.

19) Go ye therefore, and teach all nations, baptizing them in the name of the Father, and of the Son, and of the Holy Ghost:

20) Teaching them to observe all things whatsoever I have commanded you: and, lo, I am with you always, even unto the end of the world. Amen.

Throughout the scriptures it is plainly taught that all nations were expected to be obedient to the faith and obey all the commands Jesus taught throughout the entire Bible.

This is clearly stated in Romans 1:5 and Matthew 28:20, where Paul tells us in Romans that his calling as an apostle was in order for the nations to come into obedience of the faith, restating what Jesus taught the disciple in what we call the Great Commission, where He told them to teach the nations to observe all that he commanded them.

If you notice, in Romans he uses the word “we,” meaning all the apostles were called to do teach the nations to put their faith in Jesus Christ and obey all His commands.

Another verse is where Jesus taught the disciples to pray for the kingdom to come and will be done on earth as it is in heaven; this was expected of all the earth, otherwise He wouldn’t have stated it like He did.

This is something we as Christians need to keep reminding ourselves. First, we are to obey His commands ourselves and model the kingdom and will of God on earth, and then teach those same commands to others, leading by example.

When it comes down to it, the new creation is primarily a reference to the laws being written within us. It gives that promise in the Old Testament and is confirmed in the New. There are other parts of that, including bearing the image of God in His character and taking dominion over planet earth, but the means to take dominion is by applying the commands of God to numerous situations and events we face.

God’s laws teach us how to treat one another, but they also apply to things like economics, business, education, entertainment and government, among many other areas of life.

Having the Holy Spirit within us helps us to understand and obey His commands individually, but He also teaches us to how to apply them to all of life. This is much of what the Great Commission and Paul’s comments in Romans refer to.

The nations are to learn what God’s commands are and align themselves with them in all areas of life.

As partakers in the new creation civilization, we are to be a light to the nations by bearing the image of God before the people, and from there teaching and helping them how to live in accordance with the kingdom and will of God.

Our task at hand is to seek out, learn, embrace and obey the commands of God so we have the tools at hand to complete our mission of having dominion over the world in the name of Jesus.

For most of us our callings are to do this at the neighborhood and local level, not to travel all around the world to do so. Some of us will be called to do that, but for the majority of the body of Christ we’re called to make a difference in the lives we touch in person, not someone far away in another land.

We are to do this in our own lives first, expand it to our families, and from there touch those God brings across our paths.

There are many ways to do this. We could join a club of some sort to make contact with likeminded people and get to know them and building trust in order to share the gospel with them. We may get involved at the local level in politics, working to bring it within the limits God always intended it to be.

Some of us may write books, create some short videos, draw, take photographs, or the plethora of other ways to make a difference in the lives of people.

With this happening in numerous ways around the world, over time, the kingdom of God will be built on the earth and the nations gradually start to obey the commands of God as revealed in the Holy Scriptures. That is what the purpose of the new creation is, and it will fill the earth in the future.

For now, all we can do is do our part where we are planted and leave the rest to others in their own communities.

Again, some will be called to help train and support those outside of their own localities, but that isn’t what most of us will do.

I mentioned that a couple of times because many Christians get overwhelmed by the negative news reports and seemingly impossible task of making a difference. But when we break it down to our neighborhoods, or circle of friends, it’s not as hard as it sounds.

This is something the entire body of Christ must do, not just a small number of believers with large ministries.

12) For the perfecting of the saints, for the work of the ministry, for the edifying of the body of Christ:

The people of God are to be trained in the laws and expectations of God so they are prepared to do the work of the ministry. That work is to build one another up and grow into the image of God individually and corporately, and then taking what you live and learn to those outside the body of Christ.

Remember, the twelve apostles spent three years with Jesus where He modeled His expectations and taught them how to live. That’s why they were well prepared when so many believed in Christ at Pentecost and soon afterwards.

We are to do the same.