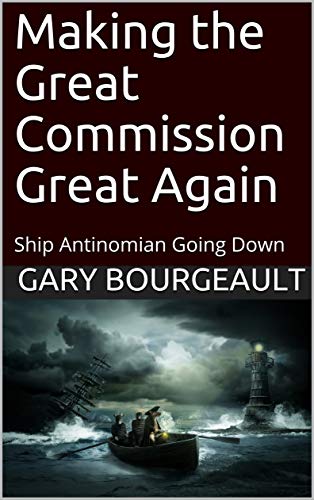 Over and over again I’ve seen or heard many sincere Christians quote what we call the Great Commission, almost always leaving out the major admonition that the nations were to be taught to know and observe all the commands Jesus taught His disciples, obviously including the moral laws revealed throughout all of the Bible.

This has resulted in a weakening of the message of the gospel, which was always meant to go beyond individual salvation in and of itself, and expand to influence the entire world.

My latest book talks about how we’ve been only presenting part of the Great Commission to the world, and the enormous consequence of that error for many nations and people.

I deliberately kept the book small but focused in order to make it readable to anyone that wants an overview of the problem and what to do about it.

When talking about something as large as the laws and commands of God and Jesus’ command to teach the nations to observe and obey them, it would have been tempting to include many of them in this book.

My reason to keep it focused on the larger view was in order to help you easily understand what is at issue, and also hopefully trigger interest to the point of you doing your own research on the problem.

What reading this small book will do is force the reader to look at the moral laws of God differently because the New Testament writers concluded and asserted they were still to be learned and obeyed.