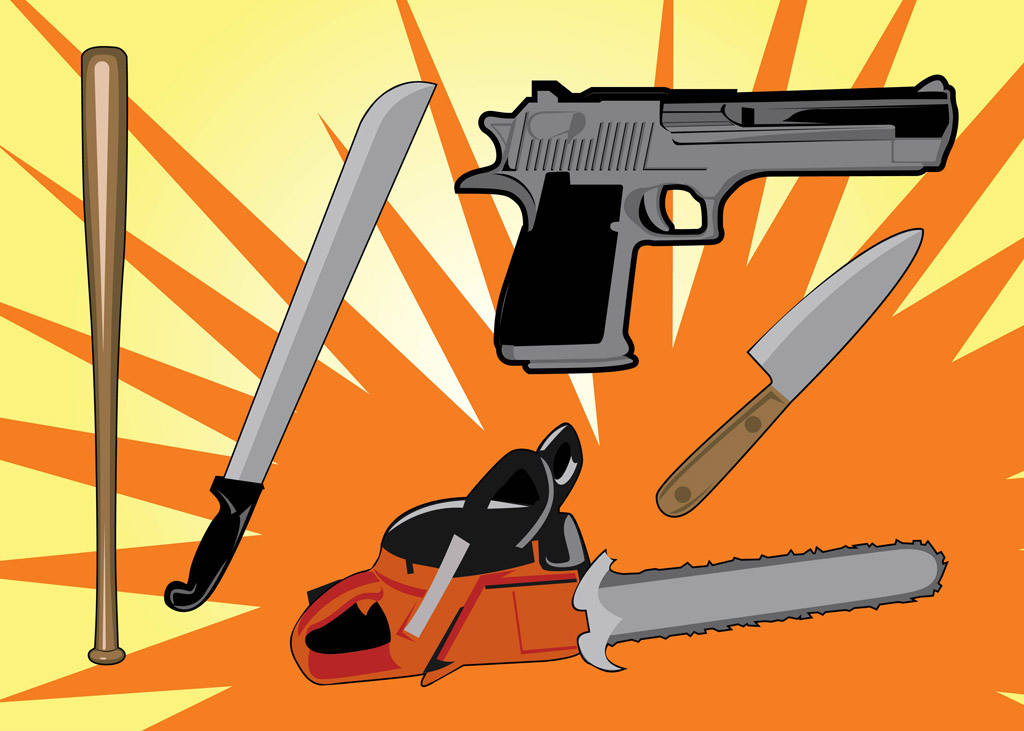 15 These six cities shall be a refuge, both for the children of Israel, and for the stranger, and for the sojourner among them: that every one that killeth any person unawares may flee thither.

16 And if he smite him with an instrument of iron, so that he die, he is a murderer: the murderer shall surely be put to death.

17 And if he smite him with throwing a stone, wherewith he may die, and he die, he is a murderer: the murderer shall surely be put to death.

18 Or if he smite him with an hand weapon of wood, wherewith he may die, and he die, he is a murderer: the murderer shall surely be put to death.

21 Or in enmity smite him with his hand, that he die: he that smote him shall surely be put to death; for he is a murderer: the revenger of blood shall slay the murderer, when he meeteth him.

33 So ye shall not pollute the land wherein ye are: for blood it defileth the land: and the land cannot be cleansed of the blood that is shed therein, but by the blood of him that shed it.

34 Defile not therefore the land which ye shall inhabit, wherein I dwell: for I the Lord dwell among the children of Israel.

With all the attacks on the 2nd Amendment in the U.S. it’s instructive to find out what God reveals to us in the Bible concerning weaponry used to unjustly kill someone, which is of course, murder.

As the Scriptures above clearly state, the methodology or weapon type used isn’t relevant to the issue, but the final result of murdering someone is. It’s not as if one weapon is naughtier than another weapon and must be banned from public use.

In verse 21 it also states the hand is considered a weapon if it is used to murder someone.

As a matter of fact, all the things listed above are weapons, even if it’s not the original purpose for its use. It’s what is done with an object that defines it as a weapon, not the object itself.

So when anyone points out a certain weapon or object being used as needing to be banned, it’s readily apparent that there is another motive behind the reasoning.

We all know what it is, which is to disarm us in order to impose their will upon us by any means necessary.

Our enemies use the occasional tragedy associated with murder by use of firearms to twist it into being a gun problem, rather than the problem of evil that has existed from the time Eve and Adam sinned. Not long afterward Cain used a rock to murder Abel.

Last, the only way to deal with murder is by executing the one that has been convicted of it on the basis of two or more witnesses (DNA can be a witness). As it says in verse 33, the only way to cleanse the land polluted by murder is to execute the one who did it. These types of sin and lawlessness are what pollute a land, not plastic straws.

No object, knife, gun, or anything else is inherently evil. It’s what is done with those objects by evil people that determine in any specific case whether or not it’s a murder weapon.

Also, having a means of self-defense is a Biblical mandate in taking responsibility for our lives and the lives of those under our care. In a world that has been permeated by evil after the fall of mankind, it’s a necessary deterrent to those that don’t value human life.