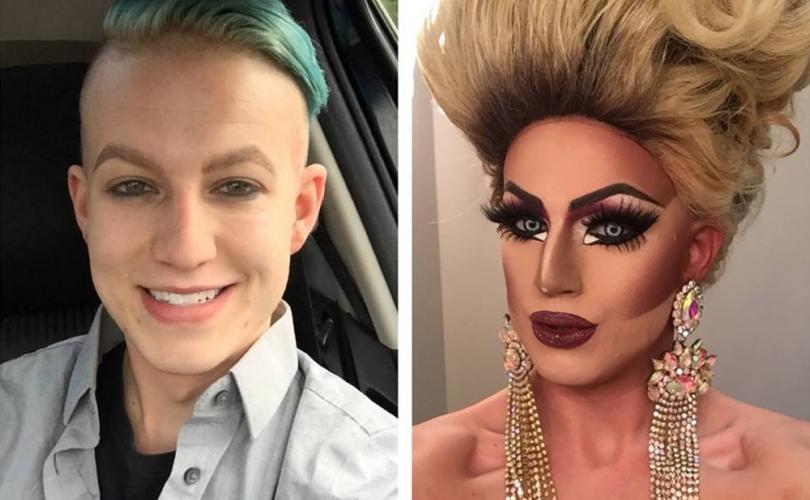 Parents weren’t given knowledge of the situation or allowed an opinion in regard to consent. The implication is if they were communicated to about the drag queen being invited to influence their children, they would have at minimum kept them home from school.

The fake woman known in real life as Zack Sullivan, a 25-year-old man, “… has worked for x-rated ‘uncensored’ venues, one which included allowing patrons paying the highest bid to ‘f*ck up the queens.'”

Worse, the venue he spoke at was career day. Did they seriously allow this abomination to teach the children that his “vocation” was an acceptable option for a future job?

That was in fact exactly what happened, according to a video interview by Adams 12 Five Star Schools, communications director Joe Ferdani, who stated this, “The school’s focus is to have an event that is representative of the diverse backgrounds and careers within their community.”

One parent Jen Payer said this in an interview with LifeSiteNews:

I’m appalled that the principal allowed someone to come into our school and have our kids come home and Google who this person is,” said Payer. “It’s absolutely not okay, not morally or ethically.

Principal Chelsea Behanna outright lied about the level of outrage parents expressed, when sending a letter out to all parents of children in the school. She claimed it resistance was coming from only a “handful of people.”

Payer insisted that the number of parents objecting to the isse was significant. “There is a large group of parents that is going to go before the board of directors to ensure that this does not happen again,” she said.

Adams 12 Five Star Schools communications manager Christina Dahmen also lied, spinning it as nothing more than parents wanting to know when things like that are planned.

“The overwhelming response was that parents want to be informed of all speakers – which we agree with as a district,” Dahmen claimed in an interview with LifeSiteNews. “All we heard is that parents wanted to know who was invited … and maybe have a conversation with their child ahead of time.”

Many parents in the school district were outraged that this man dressing as a woman was allowed to be presented as a role model for their children.

Parents really need to take more action about these types of events by demanding the ouster of school officials that allow these things to occur without telling the parents. The problem is the children now have been once again brainwashed by a corrupt and immoral public school system that by its actions, have asserted they are in control of what children are to be exposed to, not the parents.

Only by demanding they’re fired in disgrace, will they stop the introduction of what God declares are abominations, from being presented to our children and grandchildren. We need to quit being so nice. Jesus Christ isn’t that nice, and neither should be we.