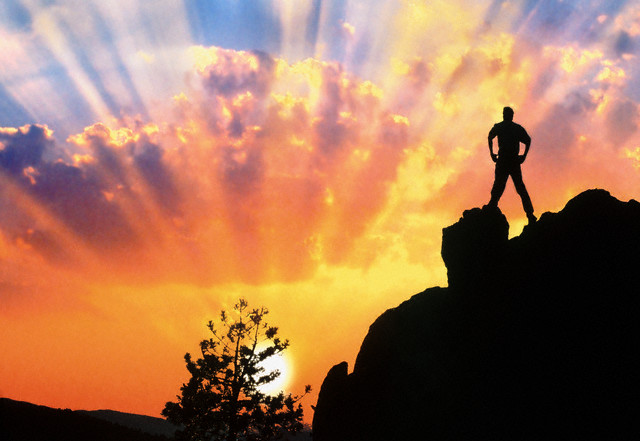 There has been a cauldron boiling under the psyche of the Christian male for a long time, as forces have worked to undermine the image of God represented in men and masculinity, resulting in an effeminate world that has attempted to define genders as having little differentiation from one another.

That has led to the inevitable consequence of those same people that attacked on the image of God in men, now asserting gender is nothing more than a decision a person makes, not the result of their biology.

The point is it’s now time for men to cast off the chains of feminism and other false and wicked ideologies, and take up their God-given role of ruling and reigning on planet earth through Jesus Christ.

I encourage Christian men to embrace the leadership role God has given you within your specific sphere of influence or calling, and start to exercise dominion, using the Holy Scriptures as guiding standard you operate by.

Start being men of action, first by being an example in your own life, and second, by engaging in activities that advance the kingdom of God. Many of you may be surprised at how quickly the woman in your life embraces your leadership, as well as your children, who will work at following in your footsteps.

Having said that, we don’t need a woman’s permission to be the leaders God has called us to be. Whether they like it or not, men are called to lead, while woman are called to submit to that leadership and work within the boundaries instituted by the husband in her life. She will of course have input in what’s going on, but the man is required to make final decisions.

Christian men need to embrace their assigned role by God, or we’ll see even more disruption and destruction in society, as the pressure builds up and is released upon the population; especially women, that in large numbers, have brutally attacked and lied about men for decades, as well as pressuring the Congress to make laws that primarily favor them, such as no-fault divorce, and children being used as a weapon against the father by the mother.

Men are starting to throw off the shackles imposed upon them by women and their allies, and what is going to emerge, most women won’t like. That’s why Godly men need to rise up and take the lead, while Christian women submit unto that leadership.

If men and women don’t respond to God’s given order, the world will impose that order on them, and as mentioned earlier, women in particular won’t like what emerges from the rising frustration and rejection of female-imposed boundaries.

Here’s the key men. We are to step up and start defining the boundaries that are acceptable to us, based upon the revelation embedded in the Bible. From there we are to require our families to live by those boundaries and standards.

Don’t try to do this all in a day. First study some of the things men are to required to by God, and work on them one at a time as you take dominion. Seek out Godly male mentors if you’re not sure what to do, understanding you may have a mentor for family life, another for work or business, etc.

As for single men, watch how the married men interact with their families. Watch how they work, and for those engaged in Christian ministry, how they approach it.

When I say Christian ministry, I don’t mean in some official capacity, but simply in how they serve others within their callings, using their God-given gifts.

I’m going to talk a lot more about this in the weeks and months ahead, but the key for men of God is to submit to their leadership roles and take charge of the areas of life God has given you responsibility for.

You need no woman’s permission for this. God has commanded it. Our job is to obey and improve our understanding and skills in order to work with spiritual expertise.

Finally, don’t be afraid of making a decision and blowing it. This is how you build spiritual and dominion muscle, based upon the best information available to you at the time.