Lin Wood: Nuts or Crazy Like A Fox? – Explosive Interview 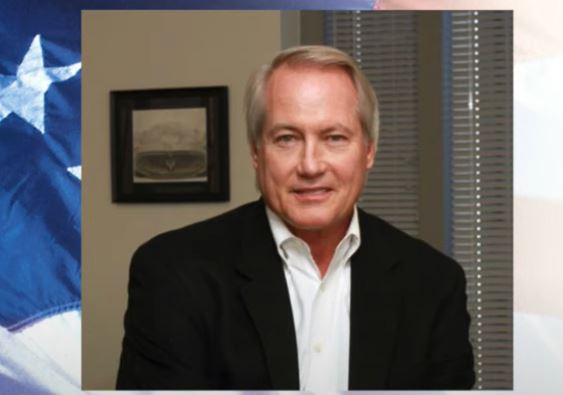 Lin Wood has either engaged in a disinformation campaign for specific unknown reasons, or he’s privy to extraordinary information that could rock the U.S., and the world, if true.

In a recent Twitter feed, he even claims that Jeffrey Epstein is alive, when talking about the attacks upon him as a result of his comments on Chief Justice Roberts.

While most of us would like to believe the things he says are based on facts, it remains to be seen what Wood is attempting to do. That said, he’s resting his reputation and legacy on extraordinary revelations that will make him look like a crackpot if not true.

Below are some excerpts from an interview from the Thrive Time Show, put together by Anonymous Conservative:

A sealed document in a federal court in Maryland, sealed under National Security, documents how Nancy Pelosi, Rod Rosenstein, John Podesta, and John Brennan have tapes of John Roberts talking with Podesta about who would best replace Antonin Scalia, and they were recorded before Scalia died, and apparently had foreknowledge of his death. Roberts flew on Epstein’s plane because Epstein helped him acquire his children from Wales.

Barack Obama is worth well over billion dollars, much inherited from his step-father who owned it in Halliburton stock.

Many people in this country will go to jail for treason, and the number that will be just associated with trying to steal this election from our President will be astounding.

He predicts a violent period of civil unrest as the Cabal tries to engage in violence as part of their Color Revolution plan, just like we have seen overseas, after Trump wins the Presidency.

He believes the Governor of Georgia has been taking kickbacks on Georgia purchases of Dominion voting machines and Chinese PPE orders. And the death of Harrison Deal in a car wreck, which produced an explosion that was heard by witnesses a mile away, was a message to him.

Pat Cipillone, the disloyal White House lawyer trying to thwart President Trump at every turn, drives a new luxury vehicle to the White House every two days, including a Rolls Royce.

Rosenstein, Sally Yates, and Christopher Wray all worked in the same law firm, and are corrupt.

CIA is the most corrupt organization in the country, and President Trump is about to defang them by pulling all direct-action operational capabilities from the Agency, reducing it to an organization of paper pushers. Oddly enough President Kennedy was about to do that when he was killed, and the memo, named “Memorandum 45,” sat on his desk unsigned. Lin implies President Trump set it in motion by signing that very memo.

Bill Gates is going down as well

George Bush 41 and 43, Bill and Hillary, and Obama all ran crime families, and they ran them out of the Oval Office. He said he believes the notes given at Bush 41’s funeral said, “I’m sorry, but they know it all.”

Under the 2018 EO on voting integrity, President Trump will have the power to seize all the assets of the Fake News mainstream media once things start happening, because they have profited from trying to aid China in voter fraud.

He also points out there were reports of gunfire before the bombing, and that it is inconsistent with a lone bomber, and might indicate good guys killed the bomber before he positioned the bomb appropriately, and that is why the bomber failed to destroy the “evidence” he was trying to destroy.

Lin says he believes if the election is shown to be fraudulent, all down-ballot elections may have to be re-held.

President Trump will prove to be the greatest President in the history of the United States.

The only potential downside to this for our side is if Wood is in fact a mole that is being used to undermine our interests. One reason I mention that is because he told Georgia voters to stay home because of election fraud, which would give control of the Senate to the Democrats.

As mentioned, if the things listed above are true, what is coming ahead is going to be unprecedented, and many people will not only be going to jail, but we could see a number of executions for those convicted of treason. We can only hope.