Lin Wood: What’s He Really Up To? 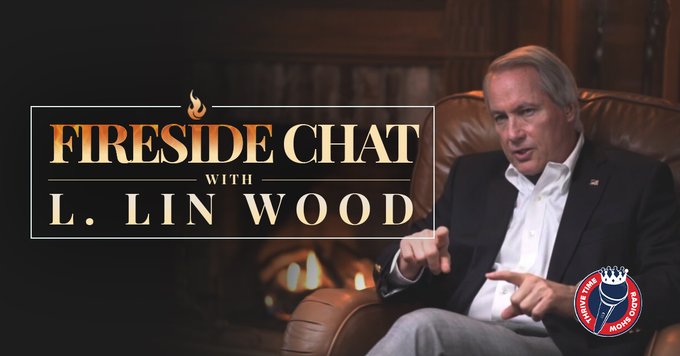 Lin Wood has been on a media blitz lately, making numerous assertions that if true, would be explosive, as I recently wrote about, and if false, could point to some mental health issues.

Another stronger probability is that he is a tool being used by the Democrats to smear the investigation into fraud, by making it appear President Trump and his allies are surrounded by unhinged conspiracy theorists.

A major question to consider, specifically in light of Wood’s assertion that bringing these allegations to light is a form of personal protection. Others in the past have made similar claims in unassociated matters, so it’s not possible at this time to know if there is any legitimacy to Wood’s declaration, or if he’s simply repeating what others have said when revealing alleged hidden information.

Another factor to take into account is if this is all true, and Wood does have access to encryption keys, why didn’t he simply release it to a variety of news and Internet outlets to get the truth spread everywhere.

In the last paragraph he stated below, it does suggest this is second-hand information. I conclude that because of his comment that he’s “entirely comfortable that you are learning the truth.” That points to the high probability he’s going by what someone else said, and hasn’t had his own eyes on the information. That could be problematic for him going forward.

One time when I was going through a huge legal battle, the media reported some outlandish and false information concerning the situation being litigated. The response of my lawyer to my concerns was that the more bizarre the reports were, the better it was for our case. I view what Wood is saying in a similar light at this time.

As mentioned in my last article on Wood, if he really has the goods it’s going to be an explosive situation for our enemies; one that will bring many people down.

I believe Chief Justice John Roberts & a multitude of powerful individuals worldwide are being blackmailed in a horrendous scheme involving rape & murder of children captured on videotape. I have the key to the files containing the videos. I have also shared this information.

This blackmail scheme is conducted by members of 10 of world’s most well-known & “elite” intelligence agencies. One of those groups was hacked by a group known as Lizard Squad. The blackmail files of rape & murder were obtained by this group & copy was provided to Isaac Kappy.

After Kappy received the hacked files from member of Lizard Squad, he gave files to one friend and the encryption key to another friend. He provided this information to his friends shortly before he was murdered in May 13, 2019. Members of Lizard Squad were jailed for hacking.

Jeffrey Epstein used this same blackmail scheme of child rape & child murder to either further his own interests or those of any intelligence agency with whom he worked. ALL who flew on his private jet or visited his island must be IMMEDIATELY interrogated & brought to justice.

I decided to post this truth on Twitter & Parler as wall exists around @realDonaldTrump that may have prevented me from getting this evidence to him. Kappy tried to deliver info to President but was then murdered. I do not know who Kappy gave it to for delivery to the President. I have concerns that information from Kappy was not delivered to @realDonaldTrump & his effort to get it to President may have caused his death.

Now you have greater context for the message I tweeted below on January 1. I had hoped that this revelation would trigger resignations & confessions. Unsure of that result, I had to reveal full extent of my knowledge. I am doing so now.

I would never make an accusation without having reliable source for it. Stakes are too high. So I did due diligence to validate the accuracy of the shocking information I am revealing tonight. I am entirely comfortable that you are learning the truth.

However this plays out, I reject Wood’s admonition to not vote in the Georgia elections, which would hand full power to the Democrats. This in itself, along with Wood’s financial support of some in the Democrat party, makes him very suspect.

Wood has become a secondary player in the voting fraud, and while he’s an interesting side show, we shouldn’t be concerned or distracted one way or the other until it all plays out.

Nothing he’s doing will have an impact on what happens in the presidential election, which is the most important thing on the poltical side of life in the U.S. at this time, along with the Georgia election for the two Senate seats.

We have to be careful not to be distracted and take our eyes off of what’s really important.

Last, the other possibility is President Trump and his team are working with Wood to provide some cover and get his opponents off balance as the election process starts to wind down.

Bottom line is we really have no idea who or what Lin Wood is in the larger scheme of things. How he’s acting and what he’s saying appears to be connected to a larger picture; the problem is we don’t know whose side he’s really on, and until we do, we have to consider most of what he says at best, as suspect.

Whatever part Wood is playing isn’t really that important to the American people in general, in the near term, so it’s far better to pray for the President and what we do know as fact, which is the diabolical Democrats and their never-Trump allies are attempting to steal the election and disenfranchise millions of Americans who voted for the President.