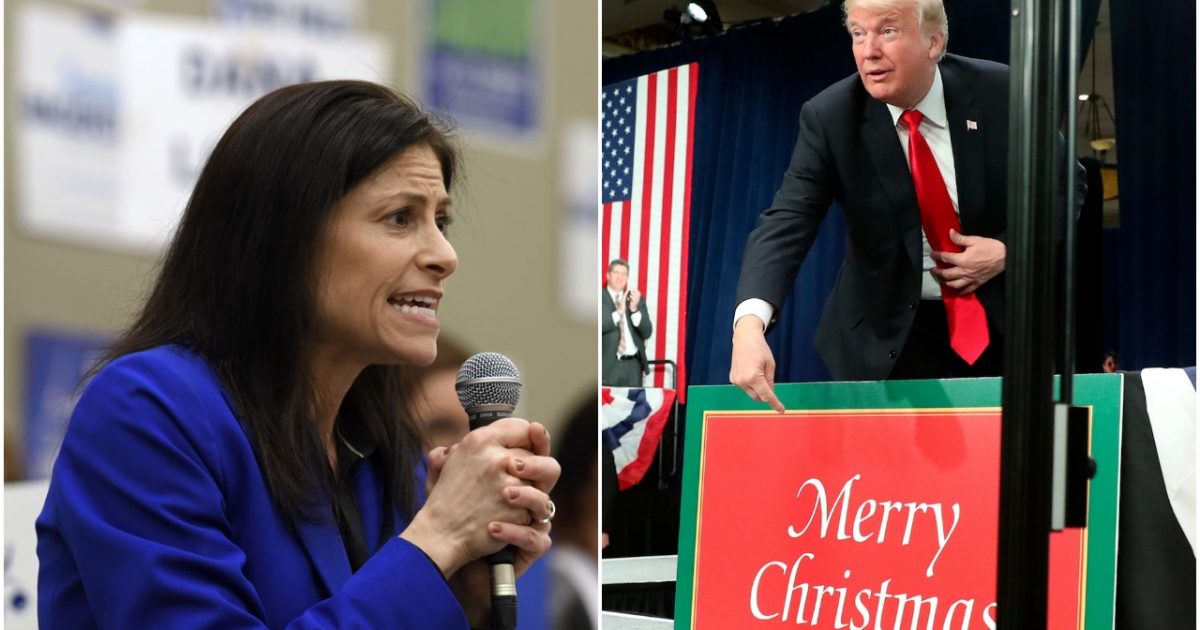 I remember the first time I was at a store with my son and an employee said “Merry Christmas” to us. My son looked devastated as asked “Are we the only people who don’t celebrate Christmas?” I answered “No, and we are just as American as everyone else.

Actually Nessel, no you’re not. America is a Christian nation, and those that oppose Christianity aren’t part of legacy America. They may have citizenship papers, but that doesn’t make them American in embracing what it stands for and was founded upon.

Most important, to get triggered by Christmas as it relates to its meaning, is to hate Jesus Christ. People hate Christmas because they hate the Lord and Savior. Obviously for the lesbian Nessel, it reminds her of her sinful and deviant lifestyle that isn’t allowed to be practiced and engaged in, according to God’s holy word.

The fact that she declared her adopted son to be “devastated” by someone saying Merry Christmas to them, means she has without a doubt been abusive in raising him up. A normal child isn’t going to get crushed by a salutation like Merry Christmas; it has to be taught in a brutish manner that speaks of gross manipulation, brainwashing, and domination.

While she has since deleted this and similar tweets, she defended the phrase “Happy Holidays” based on the assertion it honors the diversity that has become the religion of the state.

It also reinforces the truth that she hates the Christian and Christian influenced Europeans that founded and made America the great nation it became. People like here are who have been undermining it for over a century.

Besides all that, “Nessel made the comment that whistleblowers may be prosecuted for a crime if they come forward to authorities. Colbeck has not gone to Nessel, who has threatened to prosecute Republican leaders who refuse to certify the fraudulent vote before an investigation, with his first-hand testimony.”

This is an evil and bitter woman that hates the people that are America, not only its foundations.