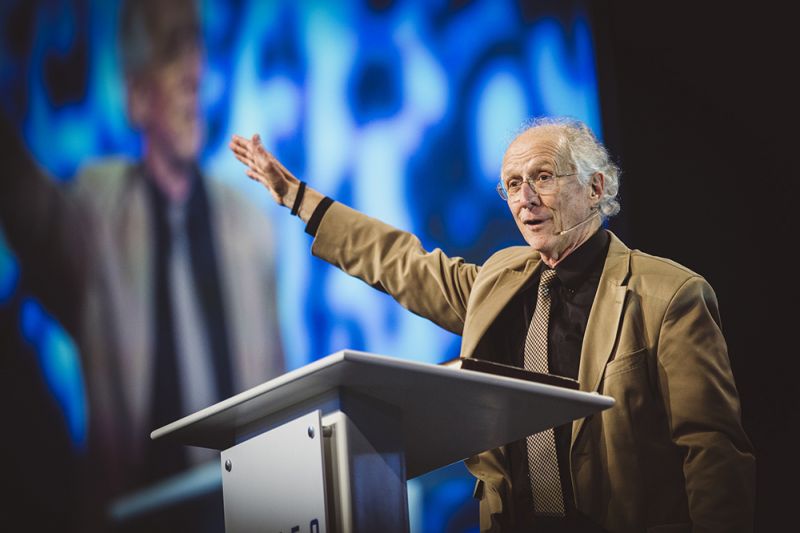 It appears John Piper should learn to keep his mouth shut when he’s talking about things he has no understanding or first-hand knowledge if. I’m referring to his recent article he wrote demonizing President Trump.

Without mentioning Trump by name, Piper said he is ‘baffled’ over the fact that many Christians consider the sins of unrepentant sexual immorality, boastfulness, vulgarity, factiousness, and the like, to be ‘only toxic for our nation,’ while policies that endorse ‘baby-killing, sex-switching, freedom-limiting, and socialistic overreach are viewed as deadly.’

First, Piper has no inside knowledge concerning whether or not the President has repented of his past sins. That’s nothing more than projection on his part. He’s also in danger of bearing false witness against the President, since he’s making assertions that he know nothing about.

His other assertions concerning “boastfulness, vulgarity, factiousness,” I believe come from his lack of understanding of rhetoric and how to use it to undermine your enemies.

Watching Trump talk many times, I’m not so sure what seems to be boastfulness is really pointing out things that the people need to be reminded of in order to compare against the opposition party, which does little if anything to advance the interests of the American people.

As for factiousness, I see Piper as totally clueless on this. I wonder if he ever read in the Bible that Jesus said he didn’t come to bring peace, but a sword, and even members of families would be enemies dependent on their faith and obedience in relationship to Jesus Christ.

As for being vulgar, yes, Trump has his moments, but it’s also used for the purpose of rhetorically mocking his and our enemies.

What’s extremely irritating about Piper here is his comments are obviously based upon his lack of understanding of what’s at stake in the nation. He’s apparently unable to handle the masculinity of the President, and appears to prefer effeminate men as his model for manhood.

The fact that Piper released this article close to the election means he is attempting to demoralize Christians and others on the right so they don’t vote for the President. I don’t mean he has any influence to change people’s minds, only that he seems to want them to stay home.

As for his conclusion that murdering babies, transgenders in women’s bathrooms and sports, destruction of our freedoms, and the increase and spread of socialism in the nation, is no more evil than boasting, vulgarity and appearing to be factious, is the same. Piper doesn’t like that Christians consider the former far more deadly than the latter in regard to America.

And as I mentioned, Piper’s assertion that Trump hasn’t repented of past sins is something he offers no proof of. He’s just making up what he projects on the President.

President Trump of course has his faults, as we all do, but the arguments presented by Piper have got to be some of the ignorant and anemic that I have ever heard on this subject.

Unconvincingly, Piper says that Trumps so-called “deadly behavior” will result in the U.S. being led to “destruction of more kinds than we can imagine.”

Actually John, it’s people like you that are destructive to Christians, the church, and America. Drawing conclusions from mostly baseless accusations toward the President is to attempt to manipulate Christians into feeling guilty about the fact and reality that President Trump is the best candidate running for President at this time.