Jesus Christ is Lord of All the Kingdoms of the Earth

It is obvious that politics and governments are in desperate need of the being taught and held accountable for the commands and laws of God revealed in the Bible, which were reinforced by Jesus, whom was given all power or authority in heaven and earth.

One of the most ignored Scriptures in my view has been the latter part of the Great Commission, where it states we are to teach the nations all things Jesus commanded; that includes all the moral laws revealed in the Bible.

Political leaders are so intimidated by fear of being called a racist, that they have abandoned their most legitimate function of executing justice and protecting the people within their jurisdictions.

As they have done so, chaos has exploded because the rioters have been emboldened by the lack of response to their violent activities. It’ll probably get worse before it gets better.

I believe the major reason for this stain upon the nations of the world comes from Christians themselves whom have abandoned the laws of God and have gravitated to living autonomous lives outside the legal parameters set by God.

Most of that comes from the fact many Christians wrongly confuse justification with sanctification. While it’s true that obedience to God’s laws don’t get us saved, regenerated or born again, because all have sinned and have need of a Savior.

On the other hand, the New Testament clearly teaches that we are to obey God’s commands. As a matter of fact, John states that the way we know we know Him is if we keep His commandments.

This is so obviously stated that it can’t be refuted. We’re not saved by obedience, but with the help of the Holy Spirit, we are empowered to obey the commandments of God that those living long ago weren’t able to do because of the absence of the power of the Holy Spirit living within them.

With that in mind, the response of Christians first, needs to be to once again focus on learning the moral laws of God as revealed throughout the entire Bible, and ask God to give us the power by the Holy Spirit to walk in obedience to them.

After all, if we don’t know and obey the laws and commands of God, there is no way we can teach the nations and political leaders what they are and how to apply them within the sphere of government.

One of the major things to teach concerning God’s law as it relates to government, is the limitations He has placed on governance by political leaders. Leaders need to be taught they must make decisions based upon the Word of God, and to operate within the parameters the Bible spells out for them.

The basic purpose of government is to bear the sword against evildoers, as Romans 13:1-4 says. That is the function of and reason God instituted governmental authorities. Beyond that, people need to learn self-governance and to meet needs through families first, and then to develop all sorts of charities that cater to specific needs of people.

Again, the response to current societal chaos, and any chaos in the future, is to learn and embrace the moral laws of God, and apply them to all of life, including politics and civil government. If we are faithful in doing so the size of the state would significantly decrease, and freedom would expand in response to that.

Under that scenario, much of the violent chaos would disappear because those that perpetuate it would be punished as they should be, and God requires.

We as Christians must resist the expansion of the state and turn to God’s word as the standard of righteous living. This requires us to abandon the idea of the government taking care of us, and turn toward our families and charity work to supply legitimate needs of people. The government’s job is to punish evildoers; nothing more.

The major takeaway here is that teaching those in authority within civil government the laws and commands of God as revealed in the Bible, with greatly reduce the size of government and its overreach, and limit the wretches that look to government as a giant piggy bank to fund their unbiblical projects and practices.

We need to focus on learning the laws of God and obeying them. Once we have that, we will have the knowledge and clarity to teach the nations to do the same.

Jesus Christ is Lord of heaven and earth, and commands us to learn, obey, and then teach the nations to obey everything He has commanded us in the law. 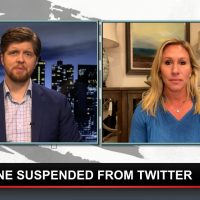 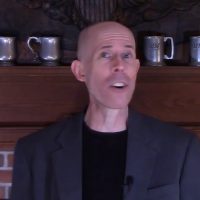 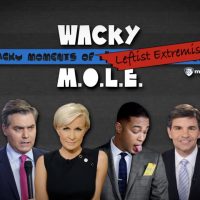