J.R.R. Tolkien: Why His Works Endure, Influence and Move People 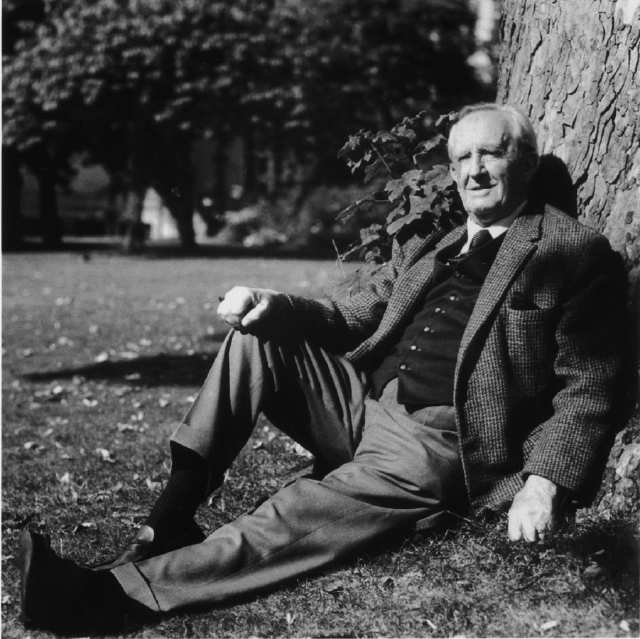 At a time when C.S. Lewis was a theist, but not a Christian, he had a conversation with J.R.R. Tolkien and another Christian, Hugo Dyson, concerning the implications of myth as it related to the sacrifice of Jesus Christ on the cross.

Lewis struggled with the idea that a sacrifice 2,000 years ago could help us in the “here and now.” Tolkien and Dyson pointed out to Lewis that he had no trouble appreciating the sacrifices laid out in pagan literature, but when considering the sacrifice revealed in the Scriptures, he was demanding more.

They challenged him concerning transferring his relatively unquestioning appreciating for fictional myth to the real story.

“But myths are lies, even though lies breathed through silver.”

Tolkien responded: “No, they are not.”

What Tolkien was revealing at this time (Saturday, September 19, 1931), according to his authorized biographer Humphrey Carpenter in ‘J.R.R. Tolkien a biography‘ (P.151), was the very essence of his “philosophy as a writer.”

“We have come from God (continued Tolkien), and inevitably the myths woven by us, though they contain error, will also reflect a splintered fragment of the true light, the eternal truth that is with God. Indeed only by myth-making, only by becoming a ‘sub-creator’ and inventing stories, can Man aspire to the state of perfection that he knew before the fall. Our myths may be misguided, but they steer however shakily towards the true harbour…”

When contemplating this, if you’ve read Tolkien’s written fictional works, it’s easy to see how the conclusion drawn by Carpenter is a very accurate one. I think it’s why when people read Tolkien, or even see some of the films based upon his novels, it generates a sense of wonder and awe because of the fact he based his mythological stories on his perception and understanding of the reality of God; especially The Hobbit, the Lord of the Rings trilogy, and The Silmarillion.

As a matter of fact, one of the things that challenged his book publishers was his perfectionism, which may have come from his view of his myth being based in reality, and his tendency to go back to creating what we consider the back story of the world he created. The way he viewed it, creating the back story, history and languages of the world he created was more important than the stories that emerged from it.

Something writers can learn from this is if you create a comprehensive world, including various races, individuals, histories and myths, you can draw upon that history to create a large number of stories if you choose to. Tolkien could have, but as I mentioned, he loved to work on the creation of his world and its history even more than the stories he wrote based upon it.

In March 1939, Tolkien gave the Andrew Lang Lecture at the University of St. Andrews. He elaborated further on his thoughts concerning man being a sub-creator.

“What really happens is that the story-maker proves a successful ‘Sub-creator’, He makes a Secondary World which your mind can enter. Inside it, what he relates is ‘true’: it accords with the laws of that world. You therefore believe it, while you are, as it were, inside. The moment disbelief arises, the spell is broken; the magic, or rather art, has failed. You are then out in the Primary World again, looking at the little abortive Secondary World from the outside.”

Tolkien strongly believed in what he revealed above. In the same lecture he went so far as to say there is “no higher function for man than the ‘sub-creation’ of a secondary world such as he was already making in The Lord of the Rings. He added that he hoped if he was in fact drawing reality, his associated mythology would be found to be true.

“Every writer making a secondary world,” said Tolkien, “wished in some measure to be a real maker, or hopes that he is drawing on reality: hopes that the peculiar quality of this secondary world (if not all the details) are derived from Reality, or are flowing into it.”

He concluded that writing this type of story was specifically a Christian venture.

“The Christian may now perceive that all his bents and faculties have a purpose, which can be redeemed. So great is the bounty with which he has been treated that he may now, perhaps, fairly dare to guess that in Fantasy he may actually assist in the effoliation and multiple enrichment of creation”

The above assertion bears a lot of truth. Go back to when God in the Bible brings Adam to the animals to name or categorize them all. While Adam was working within the parameters given him by God, he was allowed full authority to creatively name the animals in the way that made sense to him. I think that at least in part, Tolkien was drawing upon those truths, even if he wasn’t aware of it.

This is the truth we are all to operate within when having dominion in the earth. We aren’t allowed to be creative with the laws and commands of God in the sense of making them up, or making them say what we want to say. But within the guidelines of the Holy Scriptures, we have enormous creative license to draw upon the truths and realities revealed by God and be “sub-creators” in this world. We aren’t creators, we are re-creators. God alone is the creator. It’s important to maintain that attitude in anything we do.

As for the fictional fantasy works of Tolkien, I believe he successfully was a sub-creator in the world and mythology he created, meaning he successfully identified and drew from the invisible attributes and elements behind the creation by God, and that’s why his works remain timeless and relevant to the generations that have read or watched them since he had them published.

Why this is so important as it relates to the new creation civilization, is within the parameters of the commands and laws of God, we are given the responsibility to bear the image of God and have dominion over the earth as part of that responsibility.

I believe we are to draw upon the source that is reality as Tolkien did, and cooperate with God in building an alternative civilization on earth, which Jesus Christ already gave birth to.