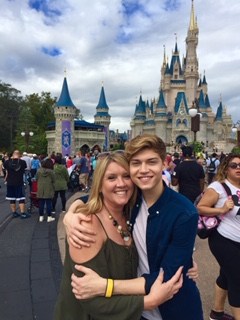 Terrific book telling of the horrors of incest and abuse, and the healing process the victim went through after becoming a Christian.

It’s far past time that parents allow their children to be part of the Hollywood perversion machine. The depths of the evil and deviancy are beyond what most could comprehend.

Here’s one report on a young victim by his mother:

It’s the story of a mother, groomed and seduced by powerful dream-makers, whose bright, young, talented son became a Disney Channel star with a Hollywood Records contract, while at the same time he was being ritually sexually abused, and trafficked to Hollywood elite, including managers, agents, executives and others employed by the biggest companies and studios in the industry.

“There are pedophile rings all throughout Hollywood. We stumbled into one of those rings,”

Tammy revealed to me, the devastation and pain in her voice palpable.

That her own son became the victim of a well-insulated, Hollywood pedophile ring is a gut-wrenching and heartbreaking reality it’s taken Tammy Garcia more than a year to accept. As a mother, it’s been a humbling, tragic, regret-filled nightmare. A cautionary tale, teeming with villains, and a few truly brave heroes, all culminating in a mother and son’s determination to fully expose and once and for all end the scourge of Hollywood: systemic, institutionalized, pedophilia.

Hollywood and Disney are cesspools of perversion. Don’t buy the carefully designed dream that meant to attract naive and vulnerable victims.

We need to expose and litigate against these people and companies. We need to send them to jail, and better, to execute them for their vile acts upon the innocent.

Book to read on the subject:

To get an understanding of the depth of depravity in Hollywood, this is a book that exposes the darkness of evil in the industry. Be aware it’s a difficult read, but brings to light what many in the industry embrace in practice and belief.

Exposing Hollywood Predators: Who’s Who? Exposing the Evils of Hollywood. Pedophiles, Sodomites. Rapists. Celebrities Reveal Satanic Rituals (before and after) Fame and Fortune