God’s Throne: The Lamb And The Law 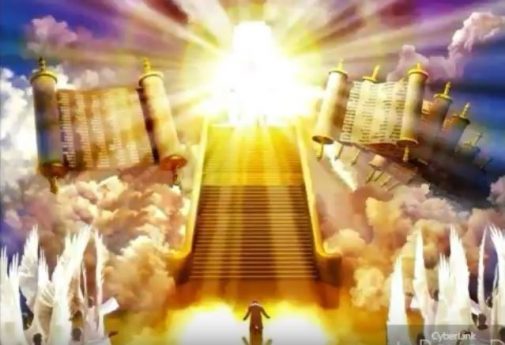 Rev. 22:1 And he shewed me a pure river of water of life, clear as crystal, proceeding out of the throne of God and of the Lamb.

Revelation 7:17 For the Lamb which is in the midst of the throne shall feed them, and shall lead them unto living fountains of waters: and God shall wipe away all tears from their eyes.

Psalm 89:14 Justice and judgment are the habitation of thy throne: mercy and truth shall go before thy face.

There is an important and vital truth for all Christians to understand, and that is that the Lamb of God and law of God are not contradictory to one another, as evidenced by the Scriptures above, and numerous other verses in the Bible.

In New Jerusalem we see the vision of God for His people as it relates to them at the corporate level throughout all of history, and in fact, in eternity. New Jerusalem isn’t something that we’re waiting for to appear, it appeared long ago, as Hebrews 12:21 confirms.

That said, the inclusion of the sons of Jacob or Israel in the city shows that the implementation of the purpose and vision of God began at the time they were alive. In other words, the city of God as revealed in the last two chapters of the book of the Revelation of Jesus Christ is something that is worked out gradually in this age. There will of course be a culmination of all of that in the age to come, but we are to embrace the revelation of the city and work out that which is revealed within it.

Also note that the river flowing out of the throne carries with it the cross and the rule of God, which refers to judgment and justice issued forth from the throne, which is based upon the laws of God revealed in the Bible.

That river flows out into the world, reinforcing the fact that the great commission pointed to the same thing; preaching the gospel and teaching the nations to obey everything Jesus commanded. See how the lamb and the law work together.

When you read the verse in John 7:38, which states that “out of his belly shall flow rivers of living water,” it’s pointing to the river coming out of the throne in New Jerusalem. The river of living water, as mentioned above, carries with it the Lamb and the law, as represented by the Lamb being in the midst of the throne.

The river is the Holy Spirit, and His work is based upon the victory of Jesus Christ on the cross. When He takes up residence in the believer, He begins the work of conforming us to the image of Jesus Christ, which includes walking in obedience to the commands He gave, commands that were issued forth from the throne long ago.

Where many believers get confused or resistant to things like I’m talking about here is because they lump together salvation and transformation. Salvation can only come as a result of the work of Jesus Christ on the cross and His subsequent resurrection. Transformation comes from the work of the Holy Spirit within a believer, based upon the revealed laws of God; the transformation starts from within and works it way out.

Not only is that done at the individual level, as mentioned by Paul when saying we’re a new creation, but when the followers of Jesus Christ gather together or interact with one another outside of meetings, or minister to the needs of those outside of the Church, something starts happening at the corporate level as a result of this human action. That is what New Jerusalem coming down out of heaven represents in the age we’re living in.

There are many great reasons to be optimistic over the long term concerning the advancement of the kingdom of God on the earth during this age. Most are centered fully in the revelation of New Jerusalem, which at its center has the lamb in the midst of the throne, executing judgment and justice in the world by means of His law.

The job of Christians to the not only preach the gospel in relationship to getting right with God through the work of Jesus Christ on the cross, but also to learn, obey and teach the laws or commands Jesus taught throughout all the scriptures.