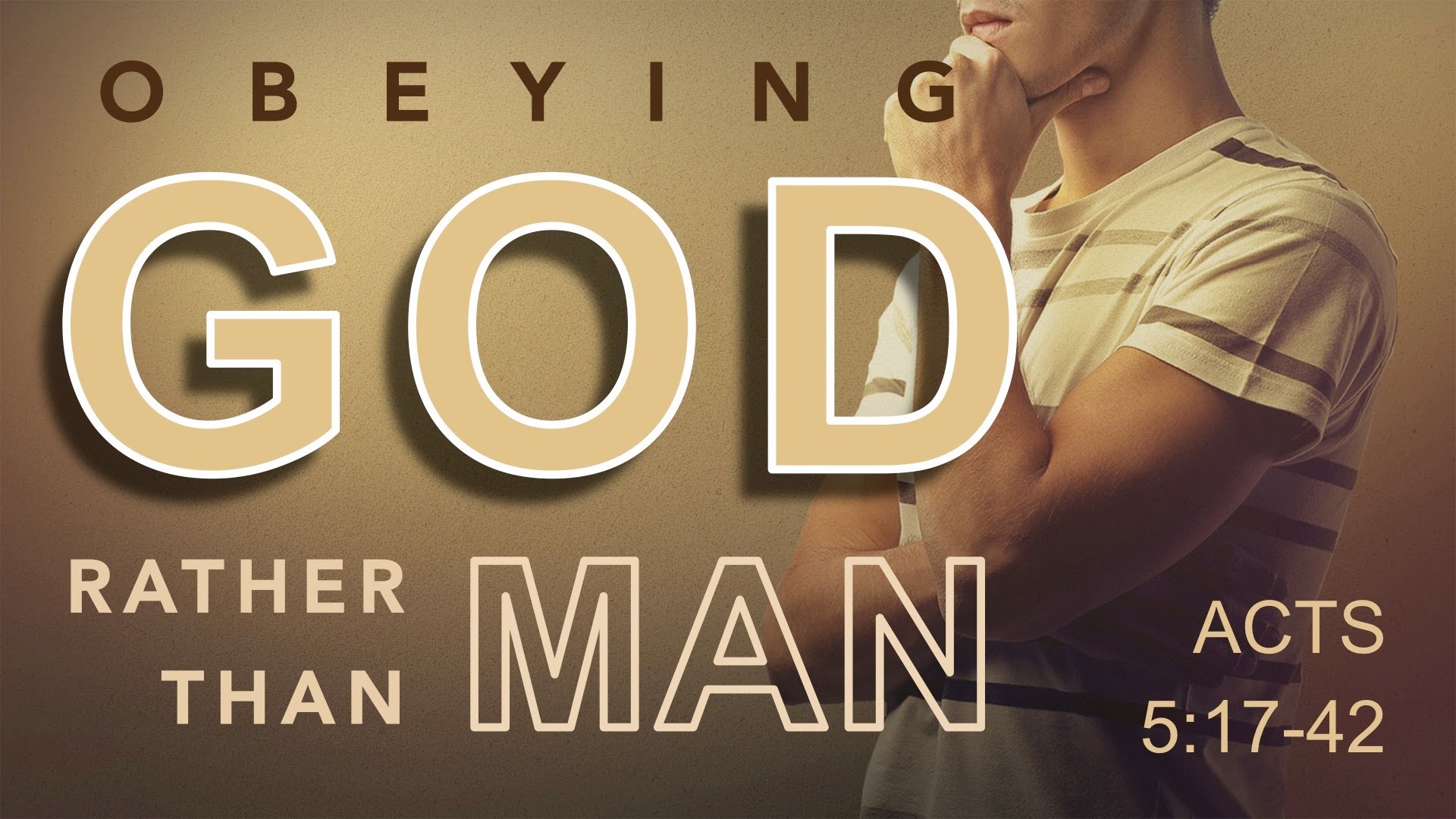 One of the more misused and misunderstood scriptures is Romans 13, where Paul instructs believers to be “subject unto the higher powers….”

Many take this verse in an absolute way, by which I mean not allowing for any exceptions to the general rule. Bear in mind that in Romans 13:4, it states that we are to be afraid of the rules because they are a terror to evil works; the point being they exercised judgement or the sword upon those that engaged in evil deeds.

What many don’t take into consideration that those that are in authority can also represent evil, and at times can attempt to force Christians to violate the laws and commands of God.

28 … Did not we straitly command you that ye should not teach in this name? and, behold, ye have filled Jerusalem with your doctrine, and intend to bring this man’s blood upon us.
29 Then Peter and the other apostles answered and said, We ought to obey God rather than men.

Rusty Thomas, National Director at Operation Rescue/Operation Save America, recently stated this about that concept in light of abortion:

“If the church and the pro-life movement are shocked once again that the Supreme Court upheld abortion in the LA case, you have learned nothing from history. You cannot appease evil and expect the tyrant to correct itself.

“There is only one thing that can be done to correctly deal with the bloody tyranny of the Federal Judiciary and that is to ignore and defy the court as it ignores and defies God’s commandment, thou shall not murder, and ignores and defies our Constitution. No person shall be deprived of life without due process of law.

“The preborn has not committed a capital crime deserving capital punishment.

“The states need to place the Constitutional chain back on the federal beast, restore the proper checks and balances to rein in its tyranny, ignore Roe, establish justice and abolish abortion now in Jesus name.”

I totally agree with him. While some unlearned and ignorant people can abuse what was just said in the scriptures and by Mr. Thomas, the fact is there are times we are to ignore, or outright disobey laws and commands if they go against the laws and commands of God.

Now and in the near future we’ll be forced to make these types of decisions. Don’t be afraid or confused to reject and ignore laws that go against the direct commands of God. As the disciples said, we are to obey God rather than men. That fact remains true.

Don’t be among the fearful that have used Romans 13 as an excuse to follow man’s laws when they go against what God’s laws. God has not given us a spirit of fear, and has commanded us to obey Him rather than the laws of men if unjust and ungodly laws force us to make that decision.