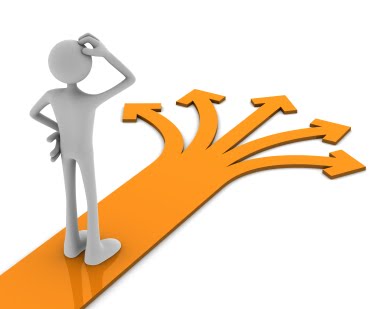 One of the important things concerning President Trump winning the election in 2016, is the hatred of him by the left, which exposed their hatred for Christianity, the kingdom of God, and its influence on America.

They’ve deceived a lot of Americans over the years by positioning themselves in a way that gave the appearance of being moderate, when in fact for decades they’ve been taking over and influencing institution after institution in the West, to the point of reflection their corrupt values.

The purpose is to distort and manipulate the minds of young people in particular, so their vision of the future is realized going forward. This includes the infiltration of many churches in America and the West in general, which are rapidly becoming nothing more than social justice centers spewing out liberal poison.

The point is these are not men and women of good will, but enemies of our souls, which are attempting to gain raw power for the purpose of attempting to enforce their agenda upon us via intimidation, and if that doesn’t work, through outright force.

Unfortunately, many Christians and others on the right have bought into the deception of being civil in our interaction with the left. For some bizarre reason that has become the mantra of many on the right, with many not even realizing it’s speaking point of the left being used to silence the right, unless they’re called intolerant, racist, or other pejoratives used to intimidate us into silence, and by extension, not holding them accountable for their words and actions.

Those days need to rapidly come to an end, first by realizing they are not people of good will; they are not simply our political opponents, but outright enemies in all areas of life, including the evil fallen angels behind them.

Second, by developing our own institutions and businesses that replace that which is currently in the world. Any attempt to take over those of our enemies is futile. It’s similar to the promised land when God gave it to Israel. There was nothing redeemable among the people, so God placed the ban on them and the animals in the city, and commanded Israel to destroy them all.

We face that same situation today, in the sense that there is nothing we can do to fix that which is broken beyond mending. In case you disagree with this, then you have no idea of what regeneration really means.

Regeneration is being birthed from above. Jesus Christ didn’t come and apply some spiritual medication to the world, He birthed an entirely new one by the Holy Spirit indwelling believers.

In other words, He didn’t come to improve the world, He came to launch a new creation by first birthing it within people, and then building His kingdom from within to without

So what are we to do at this time in history? The answer is easy: start an exodus out of the worldly institutions and start building our own. This of course, to a limited degree, has already started to happen, but it needs to become a flood in the months and years ahead.

Outside of the Biblical foundations of our faith, we need to start rethinking our purpose and place in this world. We need to accept the fact that our children and grandchildren are doomed if we send them to be trained in the educational system of the world, which reproduces after its own kind.

Besides an initial change of heart and repentance from what we’ve been accepting and allowing, the next step will be to develop a robust educational outlet for our children in a variety of forms (one size doesn’t fit all).

The most important thing there is to ensure any curriculum, whether for home school or Christian schools, is based upon the foundation of the Holy Scriptures. They should be developed by knowledgeable and godly men who like Timothy, really care for the spiritual upbringing and future of the children.

Within that context, we also must do much more heavy lifting in the areas of vetting teacher and material in order to keep out those attempting to undermine the faith in our children. Be aware that the predators go to where the prey is.

Other areas to focus on and develop are all types of media and entertainment, economics, business, among many others.

Some of you may think this is already happening, but I mean more than simply producing some films, TV shows, and other similar type of content. While that’s a good step, it doesn’t answer the much more important question of how Christians can develop hard-hitting content that isn’t black listed. The only way to do that is to have our own media outlets and institutions.

A number of people I know are even buying their own servers so gatekeepers don’t disrupt their work and shut down their business or ministry. We need to develop more infrastructure to ensure continuity in all areas of life.

As some may know, there are banks and payment processors that shut down Christians and conservatives they disagree with, demonetizing them. We can’t continue to operate in that uncertain environment if we want to make a sustainable impact on the world.

The way forward is we need to develop and build infrastructure that allows for a platform in various areas of life that provide stability to whatever we put our hands to.

Remember, some local governments even threatened to cut off water if businesses didn’t adhere to their orders. This is illegitimate power that we must not allow ourselves to be subjected to.

While we need to continue to voice opposition to it and teach others why it’s wrong, we also need to build our own infrastructure so we aren’t perceived as beggars willing to accept crumbs from the humanists’ table.

Last, we need to toughen up our mindset to align with what the Bible teaches us in how we’re to interact with the world. We are not to be tolerant of that which opposes God. We are not to accept anything that is not true, even if we’re called racists or Nazis.

We are not to be intimidated into silence by those that believe they are better than we are, who attempt to impose their will upon us using the machinery of government, or social media outlets that they’ve manipulated, causing many to lose their source of income and jobs, and their ability to get their ideas out there to a large number of people.

This is why developing out own platforms is vital to building and expanding the kingdom of God. It’s not that God can’t or doesn’t use other means, but it is highly complementary to the work we have to do, and it’s where millions of people can be reached.

The way forward is to start to reduce our dependence on our enemies, while providing options and alternatives for our children, families, fellow Christians, and others on the right. That is how we’ll expand and grow God’s kingdom, assuming we’re modeling the kingdom by walking in obedience to the laws and commands of God, and teaching others to do the same.