God’s Answer to Globalism and Imperialism is Nationalism 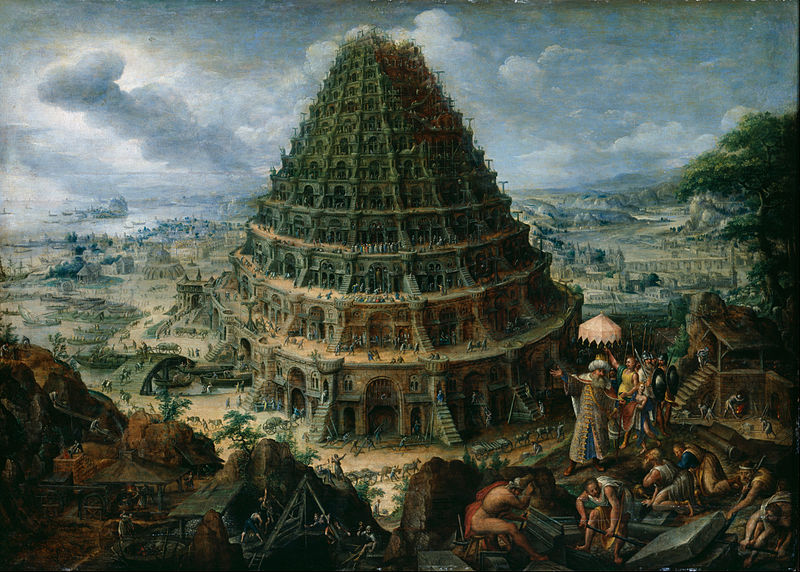 Over the duration of the history of mankind on the earth, the human race, starting with Adam and Eve, have sought power that was either prematurely grabbed for, or after sin, power that was illegitimate, with evil being the source behind it.

The sin of Eve was that she saw the Tree of the Knowledge of Good and Evil as something God was keeping from her, and so she ate of it after being deceived by the devil into believing she was ready to exercise power and authority on the earth. This was prematurely grabbing for power before being ready to handle it.

In the case of humanity at the time it was judged by God for building the Tower of Babel (Genesis 11:6-7), it was a move to take authority on earth for the purpose of evil, which God of course dealt with by changing humanity into races that spoke different languages; God designed the nations and different languages to combat the evil inclination that accompanies mankind’s desire to build a global government that aligns with their desires outside of the influence and parameters God has given us in the Bible.

The attack on nationalism is in fact an attack on God’s answer to the globalist, imperialist impulse that He always has to keep in check. In the U.S., this is seen in California and New York, where globalists attempt to make laws that they plan on putting into place at the national level in order to coordinate with other globalists around the world, in their lust for a new world order and global government without God in the picture.

One of its major strategies is to continue to increase the amount of migration into Western nations around the world in order to undermine Christianity, nationalism, and the intellectual traditions of ancient Greece and Rome that have been what made the West. Bear in mind when referring to intellectual traditions I’m not talking about the immoral lifestyles of the Greeks and some of the Romans, but the impact of men like Aristotle on Western thought.

The idea of immigration is to overwhelm Western civilization with those that have no affinity to or connections with Western history or its people, and replace it with those that are easily manipulated by the government welfare.

This is why the left is attempting to paint the right with the racist label, in order to intimidate them into silence while the Western nations are overrun by their enemies. Many so-called Christians have taken the bait and abused a couple of Scriptures in order to justify the invasion.

Globalism and the Problem of Evil

One of the major problems we have today is the idea that unity among the people of earth is a good thing. On the surface that appears to be correct, but the fact is when people unite together, it’s for the purpose of subjugating the earth to their will.

As always, the problem with mankind is the evil that was ushered in by Adam, and anyone that doesn’t take that into account isn’t even talking about the topic in the correct manner.

Historically, globalism and its twin sister imperialism have never a benign working for the good of humanity, but a move toward forcing the will of the elite on others.

This isn’t the only place the Bible deals with empire though. In Daniel 2: 36-45, Daniel gives the interpretation of the dream Nebuchadnezzar had. God revealed to Daniel that Babylon, the kingdom of the Medes and Persians, Greece and then Rome were all going to fall when He set up His kingdom on earth in the time of the Romans.

It can’t get any clearer than that. God was obviously not referring to the nations there because many times, including the book of Revelation, the nations are a key part of God’s strategy to build His kingdom on earth. They remain until the end, and aren’t in opposition to God and His purpose on earth.

What God opposes is globalism and world rule by the elites who attempt to oppose their agenda and will upon the nations of the earth. In other words, they always try to play god as their father the devil always has. Again, the nations are God’s answer and response to that evil world view.

Read verse 44 above again. God set up His kingdom on earth the person of Jesus Christ, and when He left and returned to heaven, He sent the Spirit to continue the work of subduing the earth to His glory. He will break the globalist kingdoms of this earth and consume them. That means He will rule and reign on the earth through His people, based upon the truth He is and has revealed to us. He will do it via the nations; primarily being practically worked out at the local level.

One thing to always keep in mind is that before the creation of the universe and planet earth, God had a purpose in mind. The Bible calls it the “eternal purpose,” which was described as humanity being conformed to the image of Jesus Christ. This of course is reinforced by the truth that originally Adam and Eve, as the representatives of all humanity, were created in His image. We were meant to be image bears of God, and that remains in place to this day.

That is what will be worked out in the nations, now and in the future. God will not allow globalism to achieve its diabolical goals, which is why we as Christians need to support the ongoing emergence of nationalism as a counterbalance to the agenda of the elites.

One thing Christians and others of the West need to understand is we can’t allow the mainstream media and others of the left to define what nationalism is. They have attempted to confuse people by mixing it in with racists in order to give the impression they’re the same. This is a lie. If they were the same, it would be accusing God of being a racist, because He’s the one that created the nations.

Just because real racists used the terminology of nationalism doesn’t in any way mean they are of the right or part of the real nation and peoples of the West. As a matter of fact, when you do a little research on the racists claiming to be nationalists, you find out they’re worldview and agenda is almost entirely, if not totally, of the left. Don’t let their lies and the attempt of the media to make nationalism and racism as synonym. They have nothing in common whatsoever.

People are inherently evil, and only Jesus Christ and His work in the lives of people and nations restrain the potential of unabated evil that has the goal of filling the earth.

That is the goal of Satan, who stated he will be as God. God’s goal, as mentioned above, is for mankind to be conformed to the image of Jesus Christ. That is the battle we are waging, both in the past and present, and will continue on until the return of Jesus Christ.

Be on the right side of God and history, and also on the winning team. God set His eternal kingdom up on earth with the incarnation of Jesus Christ, and continues to expand it to this day by the working of the Holy Spirit in His people, and aiding them in expanding the kingdom of God on the earth.

We are told His kingdom will smash the globalist empires that attempt to rule the world by unifying the world and nations under one banner (whether they want to or not). I, for one, am going to cooperate with God in that smashing.

The purpose on earth for the new creation civilization is to strengthen and heal the nations, not eradicate them.