Leviticus 19:35-37
35 Ye shall do no unrighteousness in judgment, in meteyard, in weight, or in measure.
36 Just balances, just weights, a just ephah, and a just hin, shall ye have: I am the Lord your God, which brought you out of the land of Egypt.
37 Therefore shall ye observe all my statutes, and all my judgments, and do them: I am the Lord.

It has been suggested by some that the recent moves by the Federal Reserve to raise interest rates is a subtle assault on President Trump in order to undermine the soaring economic growth that has occurred during his administration so far.

Here are some recent comments suggesting that:

While the Federal Reserve continues manipulating interest rates in what many consider moves designed to strangle President Donald J. Trump’s roaring economy, Kansas and other states are attempting to pass legislation that would strangle fiat currency.

Kansas House Representative Michael Capps introduced legislation HB 2285 forcing the state of Kansas to recognize precious metals, such as gold and silver, as an official currency within the state. This would keep these precious medals from being taxed at the state level, and allow Kansans to bypass the seemingly anti-Trump Federal Reserve by using an alternate currency for economic transactions and stores of wealth to protect their savings from Federal Reserve meddling.

This legislation comes as President Trump has sparred frequently with the Federal Reserve, which has began to raise its historically low interest rates only as the President Trump’s economy begins to soar. In December of last year, President Trump declared that “The only problem our economy has is the Fed,” and said they “don’t understand” the economic issues the nation currently faces.

You can go here for the details of the proposed legislation.

While it’s possible the Federal Reserve is playing a game to slow down the healthy and growing economy to make Trump look bad before the next election, the reality is central banking has been a disastrous practice for long before Trump arrived on the scene, and is far more dangerous and immoral than the temporal political implications being associated with Trump.

As it relates to the scripture I opened the article up with, and several others in the bible, including Deuteronomy 25:13, Proverbs 16:11, Proverbs 20:10 and Micah 6:11, among others, the idea of diluting the value of a monetary unit of measure has been rejected by God.

Central banks do this by printing money and diluting the value of the currency used in each respective country. Over time, such as with the U.S. dollar, the value of the currency plummets, along with its purchasing power. Since the Federal Reserve was formed, the U.S. dollar has lost over 95 percent of its value. That is directly from the printing of money that has no backing, and today, by simply adding digital currency to the economy.

In the larger scheme of things, President Trump and the growing economy we have been enjoying, have little to do with the underlying damage central banks like the Federal Reserve have on businesses, people and the global economy.

Much of the damaging programs supported by government can easily be traced to producing money out of thin air, at the expense of its long-term value.

We as Christians need to call for and pray to God that He takes action against these monetary abominations and end the manipulation and false weights and measures represented by the central bank complex.

For further study on the important topic, I recommend these two books:

The Creature from Jekyll Island: A Second Look at the Federal Reserve

And for a biblical perspective: 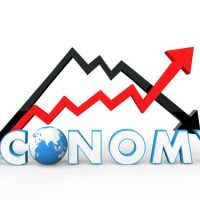 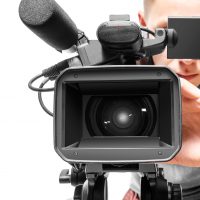