Christians Should be Armed and Dangerous – to Criminals and Evildoers 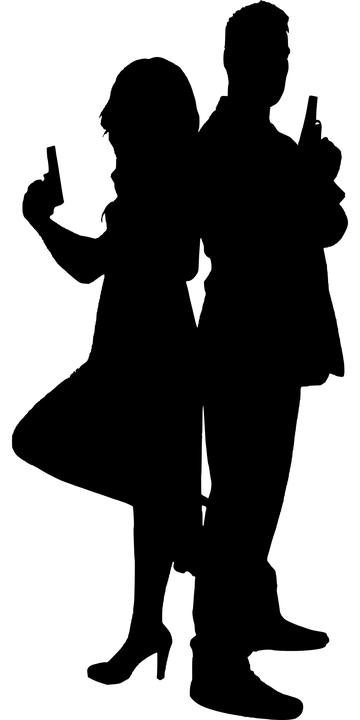 After there is a mass shooting and the usual calls for gun control and the abolishment of the 2nd Amendment run their course, we are in many cases left with an empty hole that most don’t consider able to be filled.

Reading through a number of social media responses from Christians in particular, I also found a peculiar line of thinking from many that concluded God will protect them without guns or other means of self-defense.

Why they said this was to minimize the brutal attacks on anyone that disagreed with the official narrative from liberals and SJWs, while at the same time providing no answers to the issue at hand. Only some type of mystical protection from God without taking responsibility for the self-defense of our families, churches, and any area where people gather together, was offered as the solution.

In this article I’m going to dynamite that way of thinking and show you why relying upon God in the way being suggested isn’t Biblical, and how we must provide for the self-defense of all people we have responsibility for.

A brief look at evil

The first thing to consider with self-defense from other humans is the source of the evil in the first place. We are told in the Bible that evil comes from within people. This started in the garden of Eden when Eve and Adam sinned against the command of God to not take of the fruit of the tree of the knowledge of good and evil.

From that time on mankind was changed, and we are born with the propensity of committing great crimes against other human beings if we aren’t reined in by God’s laws and accompanying penalties.

The first thing to consider in the line of self-defense is there are very evil people in the world, and they don’t care about human life in any way; think of the slaughter of the pre-born babies around the world to get an idea of the abandonment of decency and support of life.

What must be taken into account is when evil dwells in the world, we will at some point in time be forced to confront it at its extreme outworking. That’s why having the capacity and ability to defend ourselves is vital to survival.

God will protect us?

As with many areas of thought, when the phrase “God will protect us” is thrown around, it sounds like it’s irrefutable because few people would disagree with that in general. The reason is there is truth behind the statement.

Where the problem lies is concerning the fact many people that profess to be Christians, or others that appear to be living at least good lives, have become victims of evil people using guns or other things to kill them.

More importantly, what you find when researching various type of attacks on churches or other public places, is that those that have the most victims are those that didn’t have a plan in place to defend themselves, i.e., armed security of some type.

It’s obvious as with all areas of life, that we must take responsibility for ourselves, including self-defense, and those that do will fare better than those that don’t.

I’m aware of and agree with the historic record that some Christians have born testimony to God protecting them under various circumstances. Does that mean we are to neglect our personal responsibility in regard to self-defense? Of course not.

Would we say God provides for us and yet not plant food or grow crops while waiting for some miracle to supply us with our needs? Would we stop working and just trust God to give us food on our front doorstep every day like He did to Israel in the 40 years they wandered in the wilderness?

So while Christians in particular would say God provides for them, they understand they must participate in that provision by working to produce an income to buy food and other needs. If they plant a garden to grow food, would anyone seriously not buy seed and plant it to get a garden? Would they think God would just sprout stuff up from the soil in a mystical manner without them doing their part?

We all know that wouldn’t happen. So why do we think God will protect us without using the means at our disposal to do so, taking into account there are occasional outliers or exceptions when God does take a direct hand in protecting His people in specific circumstances.

Going back to the church example. Those churches that have armed security on site don’t have the loss of life those that don’t incur.

It’s instructive to note how much more God protects those that have a means of self-defense than those that don’t. The point is God works with people; He doesn’t do everything for them.

That was why the generation of Israelis that refused to fight for the promised land wasted away in the wilderness. They wouldn’t take up their role in the process. The more we take responsibility in all areas of life, the more we find God is working with us. That’s the same with self-defense and using whatever means necessary to protect against evil, including killing those that want to murder you, your family, or friends.

That type of evil can’t be reasoned with, it can only be stopped.

If God didn’t want to work in conjunction with people, He wouldn’t have created the world.

The triune God already had the fellowship of the Father, Son and Holy Spirit, so it wasn’t as if He was looking for someone to hang out with because He was lonely.

At creation God gave instruction to Adam and Eve to have dominion over the world. He put various laws in place in order for them to be able to count on some fixed parameters to work within. By laws here I’m talking about things like seasons, and the ground yielding produce from the planting of seed, etc.

In all of this mankind had a role to play, and God blessed them in their efforts.

The Bible tells us that He has given the earth to mankind. What that suggests is that among the ways of God is He works alongside of people on earth. After all, if He wanted an earth for Himself He could have just created it and did what He wanted to do with it. He didn’t need man from that way of looking at it.

That wasn’t His purpose in creation though. He made man in His image in order that they may bear His image on earth. Again, what this means is God created mankind to do stuff, and He would work with them in those efforts.

It became harder to fufil those things after the fall, but it was still part of the original purpose of God and His dominion mandate for people on earth.

As it relates to self-defense, it once again underscores the fact Christians are to take responsibility for protecting themselves against evildoers. God has never promised He would do everything for us without us doing our part. That is counter to His purpose in creating us.

What shall we do?

Acknowledging the fall of man and the resultant potential for sin and evil, it’s a necessity to have armed security within the home and in all public places in order to minimize the number of victims of shootings or other types of attacks.

While I’m not a proponent of public schools, or the government being involved in any way in education, since that’s the world we now live in there should be a significant portion of school administrators and teachers that are required to be armed. There should be as many as needed to rapidly confront a shooter at any area of the campus.

There is also no excuse for Christians or churches to be unable to defend themselves against evil, now that they are increasingly targeted for attack.

For those responsible for any public area or buildings, there should be some training in place that can implement a plan of action if it comes under attack. Ongoing firearm practice should be required as well.

The idea of God protecting us without our participation in the process is an unbiblical idea. As Paul said, one plants and the other waters, but God gives the increase. We are to develop our skills in all areas of life we engage in, and that includes self-defense.

As mentioned earlier, that involves training and some drilling in order to meet a threat at as high a level as possible.

The idea of declaring and publicly displaying no-gun zones is an evil practice that sets up those working in those zones to be major targets of anyone wanting to shoot and kill people. At best it’s irresponsible, and nothing more than virtue signalling to gain approval of the nutty SJWs.

The bottom line is this: be armed and dangerous to the crazies. We aren’t of the old creation that Adam and Eve brought in, when they failed to protect and defend the garden. We are of the new creation that has replaced the old, and we will fulfil our mandate to take dominion over the earth. Part of that is to defend ourselves against evil.

That of course can’t be done by taking away our guns, because evil has come into the world long ago, and it’ll remain until the return of Jesus Christ, albeit at a much lower level than we see today.

Taking away guns doesn’t take away evil. That has always been the main weakess of gun control advocates, and will never work; they focus on the means of murder, rather than the dark evil in the people that engage in it.