Why We Believe – Jesus is the Messiah 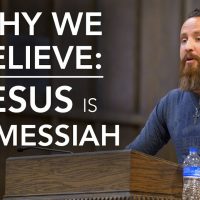 Watch the newest sermon from Apologia Church given by Pastor Jeff Durbin. This sermon is part of our series on "Why We Believe." This week, we are studying why we believe that Jesus is the promised Messiah. This is part one. Next week will be part 2. Why do you believe that Jesus is the Messiah? Can you answer that question from Scripture? Tell someone about this important series! You can get more at http://apologiastudios.com. Be sure to like, share, and comment on this video. #ApologiaStudios You […] 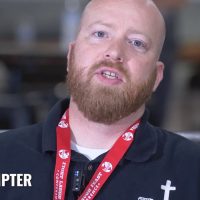 Watch this clip from several of the speakers from the Fight, Laugh, Feast Conference in Tennessee. What is the definition of politics? Does Christianity have anything to say in this realm? Watch. Tell someone. Join us. Check out the website at the end. You can get more at http://apologiastudios.com. Be sure to like, share, and comment on this video. #ApologiaStudios You can partner with us by signing up for All Access. When you do you make everything we do possible and you also get our TV show, […] 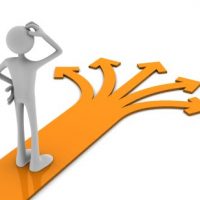 One of the important things concerning President Trump winning the election in 2016, is the hatred of him by the left, which exposed their hatred for Christianity, the kingdom of God, and its influence on America. They’ve deceived a lot of Americans over the years by positioning themselves in a way that gave the appearance of being moderate, when in fact for decades they’ve been taking over and influencing institution after institution in the West, to the point of reflection their corrupt values. The purpose is to […] 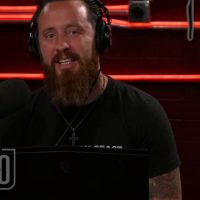 Join us for the new episode of Apologia Radio! Pastor Jeff Durbin and Pastor Luke Pierson respond to the recent controversy surrounding Jeff's message at the Fight, Laugh, Feast Conference in Tennessee. Jeff's message has been seen over 200k times and has started no small stir. He used a word in response to the Woke church that has some wondering if there is a biblical basis for using such a serrated-edge. On this episode we provide an explanation and context. 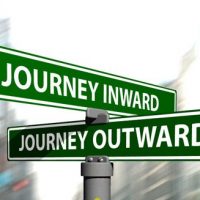 We must interpret the Bible from a corporate perspective, not only an individual perspective. Here are the Bible verses we’re looking at today: 1 Cor. 3:16 2 Cor. 6:16 Phil. 2:12 Mt. 5:16 1 Pet. 2:12 In the first two articles of this series we talked about heaven coming to earth and the invisible becoming visible. In this article we’ll take it to the final step of moving from inward to outward. It should be understood that while there is some overlap when talking about the invisible […]

Faith results in the invisible becoming visible Scriptures used in this article: Romans 1:18-20 Col. 1:12-17 Heb. 11:1,24-27 2 Cor. 4:14-18 A truth we must all understand is that inherent in creation is the fact that that which was invisible was to be made visible. If that wasn’t the case, the purpose for creation wouldn’t make sense. The reason why is the invisible God already existed in an invisible state. Even those invisible things He created were outside of himself, and ultimately we’ll one day see those […] 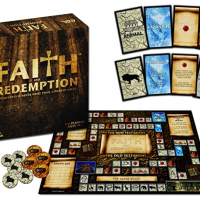 It can at times be daunting for Christian parents to train up their children in the faith, as time constraints, attentions spans, and at times parents being overwhelmed and bewildered on how to proceed in a methodical way that covers the foundation and application of faith in the world we live in. One of the things that can be done to inspire children to learn their faith in Jesus Christ and the Bible is to use games as a way to supplement their training, offering opportunities for […] 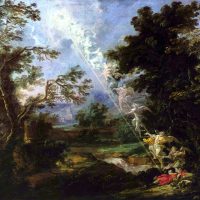 Most Christians aren’t aware of the fact that there will be a Christian civilization on planet earth, primarily because it’s not understood or taught by most Christian leaders, and the disproportionate and inaccurate focus on scriptures like: “my kingdom is not of this world.” Nonetheless, the inevitably of a Christian civilization lies before us. In this article we’ll look at some of the foundations revealed in the Holy Scriptures that support that reality, and how we can use them to confidently pray that God’s kingdom will come […]

Did Jesus Lie? Responding To Morgue. 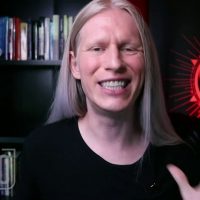 Join us for the newest episode of Apologia Radio. We respond to MorgueOfficial, who claims that Jesus told a lie about His Second Coming. Is it true? Watch and see. 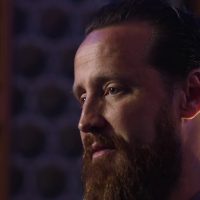 Watch the new series called "Rooted". This isn't a production of Apologia Studios but we are sharing it here to direct you to the series itself. Watch as Jeff Durbin tells his own personal story of coming to Christ. Be sure to check out the rest of the series and subscribe at: https://www.youtube.com/channel/UCnimmXPG7_-PO7-ClKKrSzw https://www.facebook.com/RootedFamilyTree You can get more at http://apologiastudios.com. Be sure to like, share, and comment on this video. #ApologiaStudios You can partner with us by signing up for All Access. When you do you make […]