Autonomous Army drones and robots: gee, what could go wrong?

In a scenario that has the potential to become a nightmare, the Army Research Lab has decided to fund new programs that will focus on developing drones and robots that will be close to being fully autonomous. The purpose is to be able to “withstand adversary electronic warfare operations.”

Battling low-tech foes over the recent decades hasn’t driven the need to develop this type of technology. Starting to focus more on Russia and China, which are far more sophisticated technologically than Middle Eastern and North African foes, the U.S. military understands it has to develop systems to counter the increasing ability of Russia and China to resist existing ability of the U.S. to penetrate their defenses.

Where Russia has been making key advances in its defense tech has been in relations to denying the ability of electromagnetic communications to work is certain strategic areas like Donbass.

What that means is no television, radio or cell phones will work in in the areas it has deployed “anti-access/area denial technologies.”

The CSIS report concludes that “Electronic warfare is the single largest killer of Ukrainian systems by jamming either the controller or GPS signals.”

Part of the Army Research Lab’s funding will be directed toward the development of communications and sensing networks that will be able to function well against the type of defenses Russia and China have put in place.

What is highly concerning about this development is while the drones or robots that are improved upon could technically be described as semi-autonomous, that is disingenuous because the purpose of equipping them with advanced technology will be so they can transition to autonomy if the systems like that described from Russia cuts communications off from their handlers; which is sure to happen.

So when an opponent jams communications between drones and robots with their controllers, they then are on their own. Basically, what that means if adding new and improved onboard processing will allow the drones or robots to continue the mission on their own.

According to lab director Philip Perconti, this will play a big part in the future of Army operations.

“Autonomy will play a big role. And it has to be able to function within this contested environment…That’s what ARL is thinking about. More than one network, working together, with as much processing as possible on the node.”

That’s just another way of saying it should be able to function whether a human being is controlling it or not.

All of this is related to operations in regard to electronic warfare.

Perconti says that the goal is to develop drones and robots that are “… able to function to provide not raw data but information, and, in a sense, decisions about what needs to happen on the battlefield. When you don’t have bandwidth, when you’re under cyber attack, when you’re being jammed. That’s the problem we’re trying to address.”

The obvious and ultimate question is this: what if the drones or robots, in their autonomy, kill without being given permission from a human controller?

While the consensus around the Pentagon, and Perconti are, that there is “no possibility that the U.S. military would allow robots to kill without a human saying yes,” it doesn’t answer the question of internal techological malfunctions that could lead to that, or if there is a disgruntled worker with an agenda that provides that capability, unknown to his superiors.

This is going to be farmed out to contractors because of the lack of expertise in the Army specifically, and armed forces in general, so it lends itself to the possibility of human error or intelligently designed capabilities that could be used outside of the approved of parameters of the projects.

Even though there will allegdly be no possibility of drones or robots killing without permission, then there needs to be answers as to how they will work if the very nature of the tech is to allow it to be operational if communications are jammed.

In other words, if it works, it will be cut off from human control. That’s what autonomy means. If there is the ability to still call home, as is alleged, than how will the technology be able to withstand being jammed? That suggests another type of tech that could resist the jamming capabilities of Russia and others while still being able to call home. That simply doesn’t sound right.

Again, that implies a new technology that bypasses existing defense capabilities of Russia and China. If that’s the case, then why talk about autonomy? That doesn’t make sense. Either it’ll be self-contained after being jammed or it won’t. If it can still call home as said, it means it can withstand the existing technology, which means the reason for developing the technology wouldn’t exist.

Of course the announcement could be a type of warfare, even if there is nothing really in the works at this time. Why let the potential enemy know what you’re going to really do?

In the end, if this is really able to be developed, I don’t believe there will be the ability to control the robots or drones once they are jammed. That does mean they will be autonomous once that occurs. What happens afterwards will be determined by what is programmed into the drones or robots once communications is lost.

As I said. What could go wrong? The answer is – just about anything you can think of. 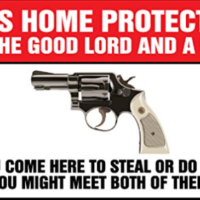 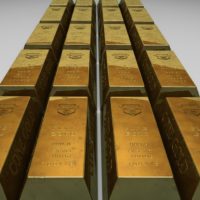