Are Standing Armies Biblical? – An Answer from 1 Samuel 8 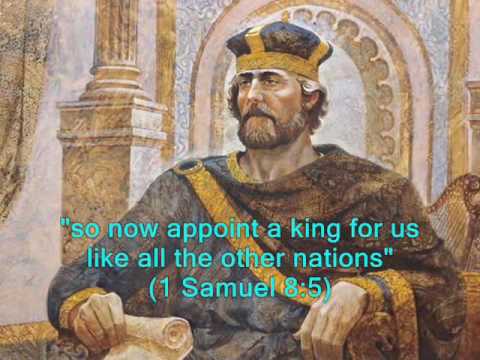 19 Nevertheless the people refused to obey the voice of Samuel; and they said, Nay; but we will have a king over us;

20 That we also may be like all the nations; and that our king may judge us, and go out before us, and fight our battles.

There’s a lot of truth revealed in the entire chapter of 1 Samuel 8, but in this article I want to focus primarily on the reasoning behind the request for a king, and what it meant in relationship to the idea of Israel having a standing army, as the surrounding nations did.

The first thing to look at is in relationship to the motivations behind the request. While the elders pointed to Samuel being old and the appointment of his corrupt sons a disaster for the nation, the reality is this is something that Israel had requested in the past.

For example, after the great victory of Gideon, Israel asked him to be their ruler, and his reponse was that God was the one to rule over them.

That points to Israel having an inner desire to be like the nations around them in regard to how they were being ruled. It also pointed to them resisting the laws and commands of God and drifting toward the worldview and sin of the nations surrounding them.

Another probable factor was they may have become weary of having to be mustered to battle against their enemies after God judged them over and over again for sinning against Him, having to raise up judges to remove the yoke of the authority of those nations off of Israel’s back.

That suggests Israel didn’t want to be held responsible for their sins by being required to go to war against their oppressors. Instead, they wanted a king and a standing army to go to war on their behalf. I believe that means they didn’t want to be held accountable for their actions by being required to battle to remove the yoke off of them with the help of the appointed judge and the Lord.

Whatever all the reasons behind wanting a king and the accompanying standing army, the major reason according to God Himself was they were rejecting Him. How did they reject Him? They did it by wanting to abandon the God-given system of judges and personal responsibility, replacing it with a king that took the place of God.

With a king they had a visible representative, which apparently was the result of their lack of faith in the invisible God they were expected to serve and obey.

The judges represented the invisible God by judging the people according to the laws of God, after they conquered the enemies of Israel that had been allowed temporary power over them. Interestingly, there wasn’t always a judge in place. One was called by God in response to His judgement on Israel by allowing His people to be temporarily conquered. They would call on Him after getting weary from being oppressed, and God would use the judge first, to deliver Israel from its enemies, and second, to judge the nation according to the revealed law of God. This was what Israel was rejecting; the laws of God administered by the judge.

This was the way God ruled over Israel without the use of kings. The nation was supposed to be taught and adhere to the law on a consistent basis. Judges served that purpose, as did the priesthood.

The point I’m making here is it was the rejection of God by resisting His laws that resulted in the call for a king and a standing army. From Israel’s past disobedience, it was apparent they thought they wouldn’t be held accountable for their sin by having to fight their way out of it when God raised up a judge to lead them to victory. Having a king and standing army, it meant the army would have to bear the brunt of the battles, and not Israel in general.

Even when Samuel warned Israel about the consequences of having a king, they were so determined to have one, they wouldn’t listen to any reasoning concerning what it would cost the people in the future.

Among the things they would suffer would be extreme taxation, forced labor, a loss of available labor in order to serve the court, and the giving up of land to officials associated with the king.

Interestingly, they exchanged God as king, who gave them all things freely, for a visible king that would only take from them. A king and his standing army and its associated costs require these things to function.

As for a standing army, in his Commentaries on the Laws of the Ancient Hebrews, with an Introductory Essay on Civil Society & Government (NY: Geo. P. Putnam & Co., 1853), E.C. Wines said this:

Moses’ constitution made no provision for a standing army … The whole body of citizens … formed a national guard of defense. Thus the landholders (and every Israelite was a landholder) formed the only soldiery, known to the Mosaic constitution.

New Englanders intensely self-identified with ancient Israel – from the first days of settlement in early 17th century (Israel in the wilderness) to the days of the American Revolution, when New England’s ‘black regiment’ of clergymen incited the Revolution as a religious duty, and described the thirteen American colonies as the modern version of the twelve confederate tribes of Israel …

The point is the militia idea and practice in American history was partially based upon the Biblical laws associated with mustering the men for fighting when the need arose.  It appears to have also been the basis for the Second Amendment .

Can a nation survive without a standing army?

Nonetheless, ancient Israel had historically engaged in numerous battles, and that means they had to have an army to fight against their enemies with.

How is that problem solved? It was solved by having a practice in place of being able to mobilize its civilian male population quickly to engage the enemy.

An example in the modern era is Singapore, where Lee Kuan Yew decided the nation could use its capital much better on things than having to support a standing army. So they trained the general civilian population to be combat-ready if need be. The idea was even if their relatively small number of soldiers were defeated, the enemy would know it would have to engage in costly house to house combat with the civilian population that had been trained to fight.

The goal was to be able to mobilize as many as 150,000 people to fight against its enemies in a short period of time. Lee Kuan Yew said the model he used to work from was the Swiss and Israelis, who engage in a similar strategy.

Although these are smaller nations that appear to be able to do this because of the need to have a significant army in place to fight any of its enemies, in fact, I think, Biblically speaking, something close to this is the way to think of defending a nation.

Those familiar with American history know this is how the U.S. worked in the early years of its formation, even before it became a nation.

On the practical side in today’s world, it would probably mean having educational and training infrastructure in place to teach the population how to use their various skills in a time of war and/or self-defense.

Nations that have large geographic areas and a large body of water on some of their boundaries, would need to have at least some naval capabilities and air defense as well, along with the foot soldier.

That doesn’t mean a standing army, but it would mean having at least a chain of command and core group of experts in place if the need arose. It would also suggest having ships and aircraft that are available for defense and training. Countries without water on their borders would probably forego a navy, although they may work with other nations for mutual defense in case of a legitimate threat.

My thought is something more like a national guard that produces consistent training in order to be battle ready. That way the nation doesn’t require a standing army that costs enormous amounts of money, and resists the temptation to extract far too many resources in times of peace.

That way citizens can add to the economic health of a nation by engaging in activities that generate the most productivity throughout their lifetimes.

Is this really viable?

Having a trained and armed civilian population ready to mobilize and defend the nation is very doable, as mentioned above. Even nations with large standing armies are hesitant to enter into battle with civilian-trained populations, as evidenced by the Swiss in modern times. The cost of a people who love their nation battling it out street by street against their enemies if need be, isn’t something any wise ruler would want.

America found this out in Vietnam, when many untrained men, women and even children took up arms against the superior U.S. military. The idea of fighting against a civilian population isn’t something many soldiers have a taste for, especially when it involves untrained family members.

The ability to separate the trained military from armed civilians was at times almost impossible to do, and when some were killed, world and domestic opinion swung against the U.S.

What I’m saying is not only is it viable, it’s a devastating tactic that can allow domestic economic growth while making superior foes reluctant to engage in combat on an enemy’s home field.

Because we live in a world with evil, we can’t stand around and allow ourselves to be systematically annihilated to the point of genocide. We must be willing and able to fight, but in a way that doesn’t require a standing army. From the Biblical perspective, God fights with us in a righteous cause if we walk in obedience to His laws and commands.

We need to have faith in the invisible God while taking responsibility for self defense if we are required to. That can be done with training and commitment to be willing to mobilize quickly when the situation demands it.

The question isn’t whether or not we are willing to defend ourselves as a nation. The question is if a standing army is needed in order for that to happen. As I’ve shown here, the answer is not only no, but also God expects us to have faith in Him to the point of believing He will fight with us if the situation warrants it.

Our job, as in all areas of life, is to prepare and be ready if the need arises. Otherwise, we’re to pray for leaders around the world that there will be peace so we can live quiet and peaceable lives before the Lord.

We can’t pretend there isn’t evil in the world and that war may be forced upon us. But at the same time we don’t have any reason to have a standing army in place to protect us from every eventuality that may arise.

I believe there’s a need for equipment, training and maintaining the equipment, along with facilities to hold the weapons, aircraft and ships needed to defend a nation.

But when looking at the overall picture, this should be similar to a small crew of experts that keep things combat ready for those civilians that have been consistently trained to be ready to step in to defend their nation if the need emerges.

This isn’t an attempt to answer the many questions this will generate, but only to give a framework for how nations should conduct themselves in relationship to defending themselves if attacked.

It’s worked in the past without undue stress on nations, and it’s the way to go in the future, according to what God reveals in the Bible. 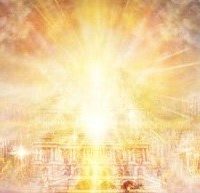