All Truth or Reality is Embodied in Jesus Christ 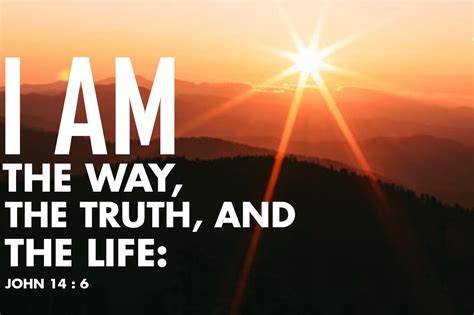 If so be that ye have heard him, and have been taught by him, as the truth is in Jesus:

Jesus saith unto him, I am the way, the truth, and the life: no man cometh unto the Father, but by me.

Before creation, there was nothing but God, and nothing outside of God. The Godhead was the only truth and reality before creation, and after creation, that truth or reality was embodied in the man Jesus Christ.

Vine said it this way in his Expository Dictionary of New Testament Words:

In the MacLaren Expositions Of Holy Scripture, it was stated in a similar way:

He separates Himself from all men by that representation that He is not merely the communicator or the teacher or the guide, but that He Himself is, in His own personal Being, Way, Truth, Life.

So, if all truth or reality is embodied in Jesus Christ, what that means is everything outside of Him is a lie. When saying that, I’m not referring to creation, because creation was based upon the very person of God. In other words, God didn’t come up with some creative ideas outside of Himself and then speak creation into existence, rather, in full knowledge of Himself, He spoke, and what came forth was based upon who He was.

When pointing to everything outside of Christ being a lie, I’m pointing to all things that now exist that aren’t based upon His nature, person, and will. To put it another way, I’m referring to the father of lies, Satan, and the consequences that followed his deception of Eve, and Adam cooperating with her rebellion and participating in eating the forbidden fruit Eve offered him.

My reason I’m bringing this up is to provide some understanding concerning the fleeing of reality and embracing of delusional fantasies in regard to the present day rejection of truth by so many people.

People are engaging in the idea of creating imaginary identities and worlds that have no bearing in reality. This is why men identify as women and women identify as men. It’s why they conveniently ignore the failure of socialism every time it has been tried, but say “this time it’ll be different.”

We now have adults identifying as little children, and people enabling them by allowing them to live in their families as such. There are also those that identify as certain types of animals and expect others to acknowledge their animal identities.

The list is much longer, but you get the idea.

The point of all of this is the world at large has abandoned the idea of fixed truth and laws, and in its place are creating a version of their own delusional worlds, just as Satan has had to when he abandoned the truth and reality of God, in order to attempt to be like God.

That’s another way of saying, when Satan rebelled against God, he rebelled against reality. In turn, he had to come up with lies in order to generate the idea that there is more than one reality, and mankind are the ones that determine what it is.

When these types of things are leveraged to their predictable ends, it creates a brutal and lawless world that is literally based upon insanity. One of many evidences of this, is when people called for the defunding of the police, and when many cutbacks were made, they were shocked at the unabated increase of the criminal class, that were no longer afraid of the consequences of their actions.

The answer to all of this for us, is to understand that Jesus Christ is the embodiment of all truth or reality, and that truth is revealed in the Holy Scriptures. We must continue to grow in knowledge of the Scriptures and truth it reveals of Jesus Christ, and align our thoughts and actions with it.

To not do so, as many that proclaim to be Christians have fallen into, is to be confused as to what truth really is, even though it is found in the very person we assert we follow.

Second, we must reject the definitions of things like ‘tolerance’ and ‘hate speech’ imposed upon us by the enemies of Jesus Christ. We are to embrace the truth as revealed in Jesus Christ, live out and model that truth before the world, and then fearlessly speak forth that truth to a world that has plunged into insanity.