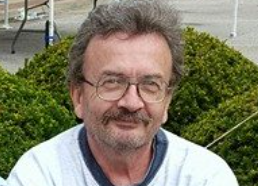 For this is the covenant that I will make with the house of Israel after those days, saith the Lord; I will put my laws into their mind, and write them in their hearts: and I will be to them a God, and they shall be to me a people. (Heb. 8:10)

From before the creation God had a thought concerning what His expectations for mankind were, and that was that the human race would be conformed to the image of God.

As a result of the work of Jesus Christ on the cross, those who have faith in Him receive the Spirit of God within them, resulting in the laws of God being written in their hearts.

Consequently, Jesus Christ by the Holy Spirit, rules in our hearts, and from changes within to without, builds a visible kingdom or civilization across the earth, based upon being conformed to His image, which includes His character, holiness (obedience to His commands or law), and having dominion.

God changes us and empowers us to do outward works that represent His will on earth as it is in heaven.

At its core, the new covenant with the law written within the hearts of believers, means they are now a new humanity or civilization dwelling upon the earth, with their roots in heaven.

Individually and corporately, as the people of God who have faith in Jesus Christ, we are changed from glory to glory, and that ultimately is practically worked out in the earth as it is in heaven.

We are to embrace self-government with the help of the Holy Spirit and work out our salvation with fear and trembling, or deep respect for God’s commands and ways.

Wherefore we receiving a kingdom which cannot be moved, let us have grace, whereby we may serve God acceptably with reverence and godly fear. (Heb. 12:28)

The result of being set free by Jesus Christ is not only the Holy Spirit writing God’s laws within our hearts but learning how to apply them in the various areas of life. This includes business, government, education, the church, the arts, charities, entertainment, writing, and numerous other areas we are to take dominion in.

As we learn the laws of God and how to apply them to the practical areas of life, we’ll see the kingdom of God spread across the earth and a new creation civilization emerge. That is what this website and blog are dedicated to.

Secondarily, we’ll touch on some of the prepping and survival themes in order to help you deal with temporal disasters or civil unrest that could be a threat. We’ll look at whether you should prepare to bug out or root down as your survival strategy. We’ll also look at things like what to do with those we’re responsible for when they aren’t fully healthy or mature, for example, toddlers and the disabled, among other things most people don’t think of. I’ve been exposed to all of them.

Also, localization will be a topic covered thoroughly here, with an emphasis on how to influence our communities in a way they’ll be a safe environment to reside in if there is a societal or economic collapse.

The way forward to Christian victory: