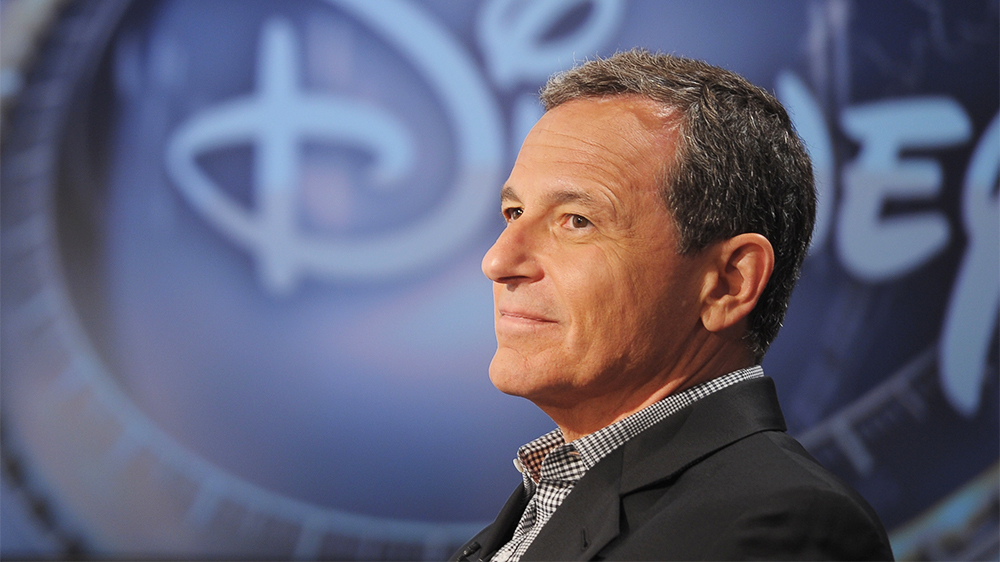 Corporations like Disney and its CEO Bob Iger are going to find out sooner or later, that they’re not as untouchable and wise as they think they are when they oppose baby murder and sexual deviance they’ve publicly aligned themselves with.

The latest attack from Disney is on the state of Georgia, where Iger threatened the state that it would “be difficult” to continuing filming there if a new abortion law is enacted. Georgia lawmakers should call his bluff and declare that any company that attempts to interfere with the laws of Georgia will have tax incentives removed. And if that doesn’t work, there’s even a better way to go after Disney.

But before getting into it, here’s what Iger said:

Bob Iger said it would be “very difficult” for Disney to keep filming in Georgia if the state enacts a new abortion law. In an interview with Reuters, the CEO of the Walt Disney Co. said he had doubts the company would continue production in Georgia if the controversial ban on abortion in the state comes into effect, primarily as the company’s employees would be against it.

“I think many people who work for us will not want to work there, and we will have to heed their wishes in that regard. Right now we are watching it very carefully,” Iger told Reuters.

The exec added that if the law does come into effect, he didn’t “see how it’s practical for us to continue to shoot there.”

Disney’s prospective withdrawal from production in Georgia would be a huge blow to the state. Recently, Disney’s Marvel Studios filmed portions of both Black Panther and Avengers: Endgame in Georgia.

On May 7, Georgia’s Republican Gov. Brian Kemp signed the “fetal-heartbeat bill,” which bans abortion as early as six weeks into pregnancy. The legislation, as well as similar moves in Alabama and other states to ban abortion, has caused a furious backlash in Hollywood and led to calls to boycott those states.

Disney, through Iger, is the latest company to wade into the controversy. Earlier this week, Netflix said it would fight Georgia’s abortion law and would “rethink” its operations there should the law go into effect.

The first thing to consider is the pendulum, in many states, is swinging back to opposition to abortion, so if Hollywood wants to play this game, they’ll be forced to stop filming in an increasing number of states. It’ll essentially paint itself into a very small corner while engaging in its virtue signaling to liberals.

More important, it exposes them to being forced to back up their declaration, or back down and shut up. Here’s how to do it with Disney.

All that would have to be done would be to focus on Florida to the point of getting significant legislation passed that either eliminated, or significantly reduced the ability to kill babies.

Why Florida? Because that’s where it has a significant physical presence with Disney World and other assets. If Florida was to enact some serious restrictions on abortion, throwing down the gauntlet to Disney and Iger, you would see them huff and puff, but does anyone seriously belief the company would threaten to move Disney World out of Florida, or to close it down?

It would expose Disney and Iger for the blowhards and hypocrites they are. It would also serve notice on other entertainment companies and Hollywood in general that their influence is irrelevant and waning.

More conservative states and leadership need to understand that if they stick to their guns and resist the evil of Hollywood and the entertainment industry, they will start to back down as more people realize they aren’t as powerful and influential as they attempt to position themselves to be in the minds of viewers and listeners.

The point is, while working for absolute abolition in regard to abortion, there are strategies that can be used to reduce the impact of influences that threaten to prolong the battle, with the end result being more lives of babies being lost.

Not only that, but Disney and others like them have participated in the culture war in a variety of areas, and they need to be stopped. With the tide turning against against abortion, I think that’s the battle that can won, which will, again, expose Hollywood for the bully it is, which when someone hits back at it, crumbles into rubble under the force of principled opposition.

There are many ways to engage in the battle against abortion, and taking on the entertainment industry by enacting more and more restrictive laws leading to eventual abolition of abortion in its entirety, is a strategy that should be embraced.

Weakening our enemies in all areas while using that strategy is what’s vitally important. After all, abortion is one of many battles we’re engaged in, and Hollywood and other industries fight against us in all of them. Weakening them on one front weakens them on the others. That’s a key way to not only win battles, but ultimately, the culture war itself.

Using Florida as a battleground against Disney would be a great way to undermine all its bluster and expose the fact it has no intention of really backing up its claims when it costs them real money and influence.