Scriptures used in this article:

A truth we must all understand is that inherent in creation is the fact that that which was invisible was to be made visible. If that wasn’t the case, the purpose for creation wouldn’t make sense.

For the invisible things of him from the creation of the world are clearly seen, being understood by the things that are made, even his eternal power and Godhead; so that they are without excuse:

The first thing to take away from this verse is that it ties the invisible things of Him to His eternal power and Godhead. As it relates to mankind, it declares that those invisible things, while remaining invisible are in fact understood by those things that have been made.

In other words, those using the excuse there is no proof of God, and other specious arguments, are without excuse for allegedly drawing those conclusions, because the very creation itself speaks to the reality that there is something and someone invisible behind it.

It’s for this reason that “the wrath of God is revealed from heaven against all ungodliness and unrighteousness of men, who hold the truth in unrighteousness;” as Rom. 1:18 declares. The reason why? Verse 19 answers that by revealing “…that which may be known of God is manifest in them; for God hath shewed it unto them.”

That means the visible creation is a proof that there is an invisible God that is the creator behind it, and he requires a righteous and godly people that live according to His laws and commands.

The image of the invisible God

From understanding there is the invisible behind the visible, now we want to move toward the pinnacle of that invisibility, which is revealed in the person of Jesus Christ.

In Col. 1:12-17 we are told that the Father has “translated us into the kingdom of his dear Son,” who according to verse 15, “is the image of the invisible God, the firstborn of every creature.”

An important point to make here before going on is to understand the first creation was one created by the very word of God out of nothing. The second creation, or new creation, is one that is birthed. In that sense, Jesus Christ was the firstborn of every creature. He was birthed as a man, but preceded His incarnation as the invisible Word of God before that event.

This is part of the reason He said that “before Abraham was, I am.” The point is even though he was birthed as a man, He existed before that birthing process, and in fact had no beginning as God. Verse 17 confirms this, stating, “he is before all things, and by him all things consist.”

In verse 16 it reveals that He created all things visible and invisible, that are in heaven and in earth.

A key to understanding the significance of that is the invisible proceeds and is foundational to the visible, because those invisible things cannot be shaken, by which I mean the invisible essence of God Himself.

This goes back to the scripture in Romans above, and why no human being has an excuse before God, because the visible world reveals that there is a God of power that created it.

The things that cannot be shaken is the kingdom of God, whose invisible foundations we are built upon and of which we are to manifest in the visible, created earth.

In this section the most important thing is that Jesus Christ as the perfect man and Son of God, reflected perfectly how to live based upon the invisible attributes and life of God the Father, of whom Jesus Christ was the exact image of.

Although we’ll never express His life perfectly in this world because of sin, we are still to be the image bearers of God as adopted sons. We were after all, created in the image of God from the beginning, in the persons of Adam and Eve.

Faith and the invisible

Most of us are familiar with what is usually identified as the faith chapter. I of course am referring to Hebrews 11. In verse 1 we see that “faith is the substance of things hoped for, the evidence of things not seen.”

What I want to point out there is while faith saw that which was unseen, i.e., the invisible, it was never meant to remain invisible, but to visibly manifest itself on the earth. Most of Hebrews 11 reveals the outcome of faith in the unseen, by the work and results that followed.

Verse 27 clearly stated this about Moses, when talking about how “by faith he forsook Egypt, not fearing the wrath of the king: for he endured, as seeing him who is invisible.”

The bottom line here is we must see and comprehend the invisible before it is manifest on the planet. I tend to think that many Christians aren’t aware that they are actually, by faith, seeing invisible things, but the results of their work confirm that they are.

Something to take into account is we’re not primarily talking about some form of mystic encounter, but rather a seeing by faith that drives us to make choices and take actions that bring about something visible on the earth. Also remember, that faith comes from hearing and hearing from the word of God. That means the invisible is, for the most part, revealed in the Holy Scriptures.

The Holy Spirit can help us to understand the meaning behind things through study and asking God for wisdom, but the answer will always be framed within the parameters of the Bible.

Bear in mind I’m talking at the micro level here. When looking at specific calling and ministries, there are things that we are given freedom in, such as when God brought Adam to name the animals. God gave Adam the task, but Adam was allowed to exercise dominion within the guidelines of that task. In other words, God allowed Adam to name them what he wanted to.

The great purpose of God is revealed in the final two chapters of the Bible. We see the great city coming down our of heaven, filled with the invisible purpose of God that the Christian civilization is to be built upon.

We must learn and embrace those foundation and building blocks, and incorporate them into whatever it is we find to put our hands to. But most importantly and specifically, to building God’s kingdom on earth.

This is done through first seeing the invisible attributes and characteristics of God at the foundational level, and building our foundation on that.

Jesus Christ is of course the chief corner stone, as Eph.2:20 says, and we are built upon Him and the foundation of the apostles and prophets.

From there we are fitly framed together, to the end that we “are builded together for an habitation of God through the Spirit.”

From build on the chief corner stone of Jesus Christ, and the foundation of the apostles and prophets, we built together as an habitation that is to bring a Christian civilization all across the planet earth throughout this age, growing and increasing to the point it brings the immeasurable satisfaction of God’s heart, where He then sounds the trumpet and calls us to Himself in the air.

We are moving toward and end, and even though things on the earth are temporal, they are to be based on the invisible things that cannot be shaken. That is why the kingdom of God, or Christian civilization, will last beyond this age, and transition to the age to come. It is to be built upon the invisible, eternal God Himself. 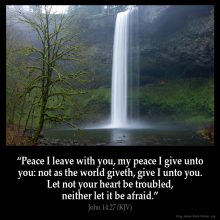 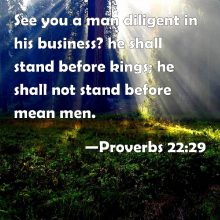 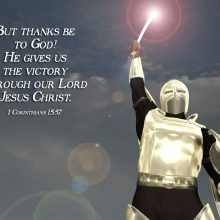