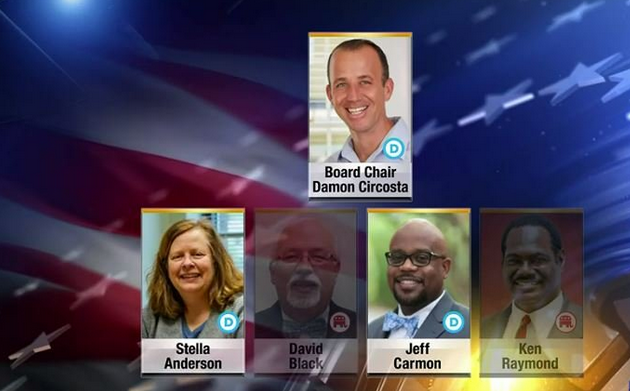 For some time I’ve been watching the seemingly endless infiltration of various institutions on the right by the left, undermining their effect on the lives of the people.

That played out once again in North Carolina, where two state election board members turned traitor to the Republican Party by signing off on a initiative by the Democrats to all them to fix flawed ballots in the state by filling out an affidavit, rather than starting a new ballot from scratch.

We’ll probably hear more irregularities in the aftermath of the election process in the months ahead, but for the future, the Right needs to learn it must develop a robust vetting system that filters out the majority of fake conservatives that attempt to infiltrate institutions and organizations for the purpose of weakening and demoralizing them.

Not only that, then they must be required to sign off on agreeing to the guidelines provided to them by the Party, or at least agree to submit any new ideas offered by the Democrats concerning the election to their superiors, for the purpose of getting a ruling on how to go forward.

The idea of engaging in personal sovereignty in any situation, as the one shown here, would be, and can’t be not allowed.

While I’m introducing the idea in the context of the 2020 election, the fact is those on the right must put rules and guidelines in place for the purpose of limiting the number of those on the left attempting to destroy various organizations from within, no matter what institution it is; including families, the church, businesses, charities, and politics, among all other areas of life.

The purpose of this article isn’t to provide the practical answers, but to introduce the reality that we face, and understand that it’s one of the more important truths we have to deal with going forward.

A key place to start is in understanding that the predator goes to where the prey is. If you are part of any organization or institution on the right, you are a target of SJW disruption, which so far as successfully reduced the impact of the Right because they spread their poison to others in the organization, which is believed, or at least allowed to spread unabated and unchallenged, because they’re assumed to be one of us. We must end that rot now if we want to survive.

Jesus was clear about this. We’re to be either hot or cold. The way to identify infiltrators is to look for those those that appear to be reasonable, but in fact speak out of both sides of their mouths. They know enough of what we want to hear to give the impression they are one of us, but only for the purpose of introducing their agenda into the mix.

The bottom line is we need to have a solid foundation in place that is easy for the average person to understand when taught it. We also need to have a system developed for the purpose of weeding out our enemies. And if we find them, they need to be kicked out of the organization and exposed for the frauds they are.

If we aren’t willing to do these things at the basic level, there will be no hope for the Right over the long term.