When writing these ideas down on things we can do to promote and spread Christian civilization around the world, I was thinking of two things. One was we have to have a defensive and offensive strategy in place in order to maintain and model Christ in our families. The other was to provide ideas on ways most of us could engage people with interactive communication and projects that put the message in front of many of them.

The purpose of the list is to generate ideas and thoughts, while possibly encouraging some to participate in them. For that reason I didn’t go into details on any of them, although I’m probably going to break down a number of them in the future.

That said, there is one I want to specifically talk about, because I think it has a lot of potential to attract opposition while bringing the message to light, and that is the first one listed below, which is putting up various types of designs of the ten commandments on private property.

Why this will probably be one of the more effective tools is because the opposition to it has been so great on public property. I don’t think the real reason was because of the fictitious separation of church and state, but because law breakers and opponents didn’t want the message to be shared in places many people would see it.

Another thought on that is if people could find some property close by to courthouses which would continually remind people of the laws of God.

Because of zoning laws, some of these strategies may not be legal, but there are a lot of ways to place the ten commandments in the public eye. This is a project I’m going to work on in the not too distant future. I’ll talk more about it at another time.

As for the list below, if you have some other ideas include them in the comments. I’m always looking things that can promote the spread of the kingdom of God on earth via Christian civilization.

Also, when reading, consider I didn’t repeat the idea of doing it to further the kingdom of God so it wasn’t repetitive and monotonous to read. All the things that make up the list are done with advancing Christian civilization in mind.

For example, using social media platforms and writing children’s books should be understood in that light; not only as general things to do outside of those parameters.

List of things we can do to hold, defend and spread new creation civilization:

2. Model obedience in our own lives.

3. Teach children God’s law and to obey it.

4. Remind one another of God’s great works.

5. Teach and pass on to adults God’s laws and ways.

12. Initiate gathering of people interested in topics of interest.

13. Become an expert in narrow but important slice of history – share what you know.

24. Write for websites with similar worldview.

25. Read on topics of interest.

26. Write reviews of what you read.

27. Provide commentary of books or video of interest.

28. Build low-price, used retail business. (attracts a lot of people to talk to over time)

30. Offer home as place to gather and talk.

38. Learn to be responsible.

48. Learn some basic fix it skills.

49. Learn to shoot and take care of firearms.

50. Know who your neighbors are.

51. Learn to build up, not only destroy.

53. Be part of wholesome, likeminded community – could be just a few people.

54. Have at least a basic understanding of the Bible.

58. Have some intergenerational interaction. (Learn what kids or older adults are thinking.)

59. Pray for God’s kingdom to come and will to be done on earth as it is in heaven.

60. Watch out for one another.

61. Hold one another accountable.

64. Be transformed by renewing of our minds.

66. No sexual immorality – one man and one woman in marriage only allowable sex.

71. Invest in or support Christian arts.

72. Use arts to reinforce covenant, laws and mighty works of God.

73. Future will be formed and determined by uncountable small acts of numerous people.

74. Expose and oppose evil in all its forms.

81. Gain a hearing or platform through service.

87. Work on increasing quality of craftsmanship in whatever you do. 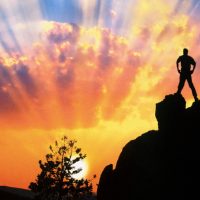